A teen’s passion leads to 4,500 free backpacks and school supplies for LA Unified students in need

For six years, 16-year-old Riley Gantt has gathered her family and friends to go to schools in the northeast San Fernando Valley to give backpacks to students who need them.

It grew from a field trip she took as a 9-year-old from her comfortable neighborhood in Sherman Oaks to a less-privileged section of the Valley in Pacoima. There she met a girl who didn’t have the school supplies she needed.

“She asked her mother for skinny crayons and her mother said she couldn’t afford it, and it broke my heart,” Riley said. “I wanted to get her those crayons.”

By the next year, she returned to Haddon Avenue Elementary School and raised enough money to give every child there a free backpack. Now, with a team of volunteers including her mom and dad, Leanna and Brad Gantt, Riley leads a nonprofit team that hands out backpacks and school supplies to children at four Title I schools at LA Unified.

More than 4,500 backpacks will be handed out these first two days of school at Haddon, Telfair Avenue, Pacoima Charter and Sara Coughlin elementary schools in the mostly Latino neighborhoods. More than 1,500 will go to the independent Pacoima Charter, and Riley points out that there is a big misconception that charter schools do not have the same needs or have access to more resources.

“These supplies are meant for students to have at home, where they may not have the same access to notebooks or pencils,” Riley said.

Richard Ramos, Haddon’s principal, gave Riley a big hug when she arrived Tuesday and said, “The students are so excited that Rainbow Packs is coming back to the school.”

Local District Northeast Interim Superintendent Susan Allen greeted Riley, as did School Board member Monica Ratliff, who said, “I’ve been a fan of Riley and what she has done ever since I’ve been on the school board.”

Ratliff said she has seen how Riley figured out how to reach every student with the giveaways and how to streamline the process. Yolanda Fuentes, district director for Los Angeles City Councilman Felipe Fuentes, aided Riley’s passion from the beginning, and was there helping six years later.

“She is an amazing young woman and an inspiration to the kids,” Yolanda Fuentes said.

Riley, who takes classes through an online school, said she loves school and told the students how in the past she aspired to be an astronaut, the president, a writer, a videographer and even a dolphin.

“I absolutely love school and wanted to be so many things when I grow up,” Riley told the incoming kindergartners. “When you are in school, you can learn about things you may want to do for a career, or if it’s just fun.”

Sgt. James Ream of LA Unified police attended the distribution and said he has long been supportive of Riley’s giveaway. He told the students at the school, “Those of us in uniform who you may see at the school have come to protect you. If you see a police officer, we’re your friends.”

One of the first in line was Diana Mendez, who held up her notebook proudly. “I didn’t need a backpack, because I have one, but I really did need this, and I love it,” Mendez said. “I’m thankful for Riley, and I don’t even know her.” 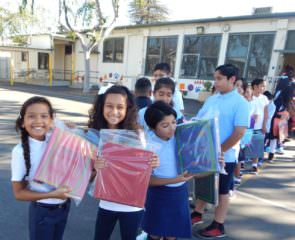 Diana Mendez and her friends 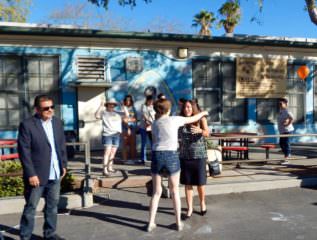 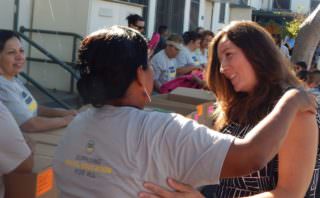 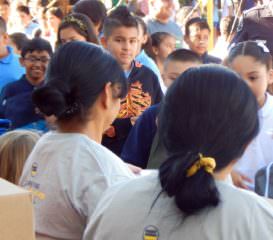 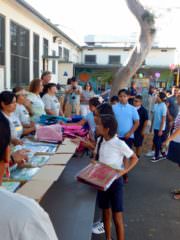 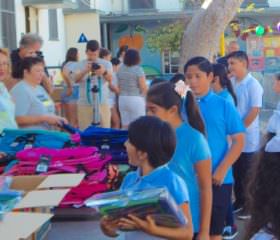 Students pick the color they want. 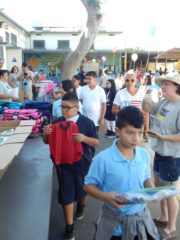 Every student gets supplies 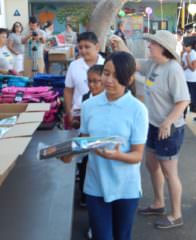 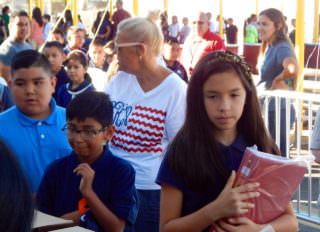 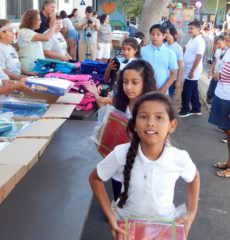 Diana Mendez is up front. 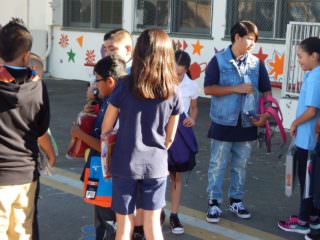 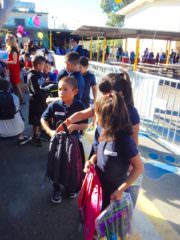 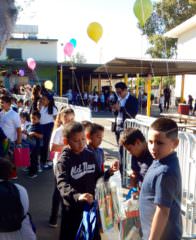 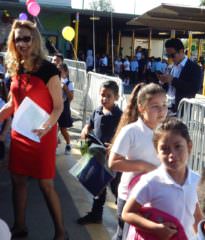 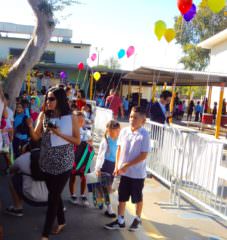 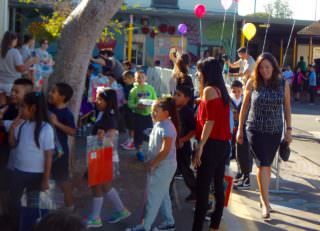 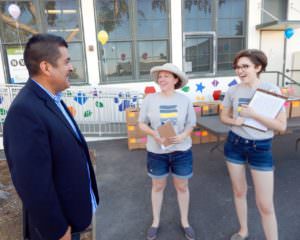 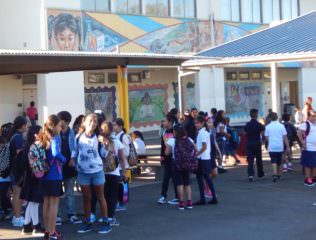 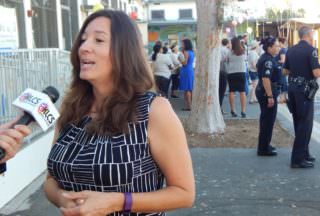 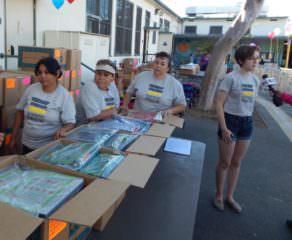 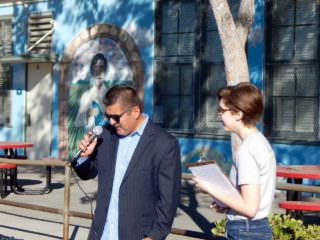 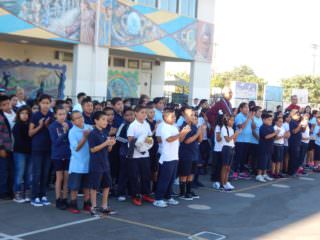 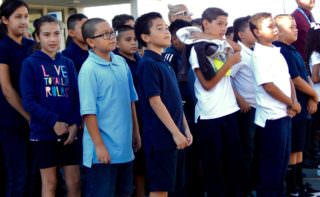 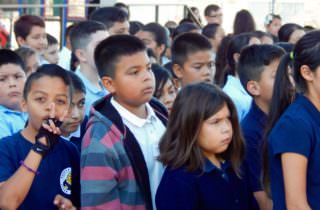 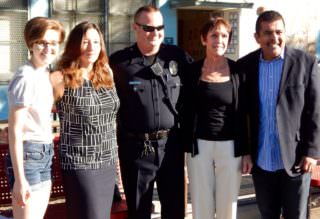 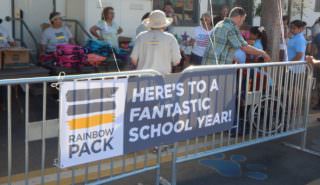