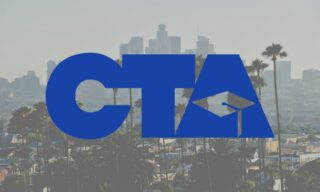 The political action committee of the California Teachers Association is making a heavy financial commitment to endorsed school board candidates in the state, with LA Unified candidate Rocio Rivas its largest beneficiary.

The CTA/ABC statewide PAC funds candidates for all state and legislative offices, but it also provides the bulk of campaign contributions for local school board candidates.

This November, CTA is funding 287 board candidates in 125 school districts — from Los Angeles, with 430,000 students, all the way down to Big Pine, which enrolls 155 students. The state union dispensed more than $1.8 million for those candidates.

CTA designated $330,600 for Rivas’s campaign. But that’s not the sum total of the union’s largesse. CTA has a rule that the state union cannot contribute more than 65% of the total campaign budget. In other words, if the state union is spending $1.8 million, its local affiliates are adding a minimum of $970,000, and perhaps much more.

In the case of Rivas, United Teachers Los Angeles must spend at least $178,000 of its own money, and probably more.

As the largest school district in the state, a Los Angeles school board race is expected to receive a lot of state union attention. But even tiny campaigns will see outsized contributions. CTA sent $1,500 to the American Bear Education Association for two school board candidates. That’s not much, but that school district has only 750 students, and the local union has only 39 members.

Money can be decisive in any election, but it’s just part of how teachers unions can affect school board campaigns. For one thing, they can turn out volunteers and can call on the expertise of the experienced staffers on the union payroll. Plus some school board candidates are people they already know well as colleagues.

In his new report for the Manhattan Institute, Michael Hartney found that about one in 10 school boards in California have educator majorities. So far this year, union-backed school board candidates in the state won 70% of the time.

At the risk of stating the obvious, school boards are supposed to represent the public at-large, not just school employees. Representing employees is the union’s job.

LA Unified is used to seeing well-funded challengers to union candidates, thanks to the presence of wealthy charter school advocates. But it is an anomaly in the rest of the state and the country. This may be starting to change. Florida Gov. Ron DeSantis endorsed 30 school board candidates this summer, and 19 of them won, with 6 more making a runoff. Conservative groups have also formed PACs to contest school board elections in a number of other states.

The prospect of yet another partisan battlefield is regrettable, but it should at least be viewed in the context of the current situation, in which the teachers unions mostly have their way.