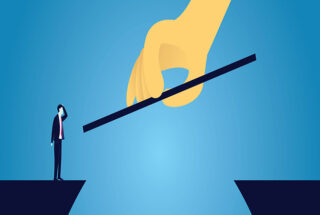 The 2022 NAEP results reveal alarmingly poor academic performance that should be a call to action for big change in our education system. But what are stakeholders — parents, policymakers, voters and taxpayers — to make of the mixed messages they are getting on how well their schools are educating their students?

The National Assessment of Educational Progress is a highly respected and objective set of assessments that consistently holds students to a high level of academic rigor and acts as a neutral referee in comparing states to one another. But outside of 26 large urban districts, NAEP results are available only at the state level. Moreover, there are no NAEP data whatsoever for individual schools.

For collecting district- and school-level achievement data, statewide exams are administered each year, as required under federal law. But, by and large, states set a bar for academic proficiency that is lower than that for the NAEP. This is a phenomenon that some have referred to as the “honesty gap.” Past analyses have found that states vary widely in how closely their proficiency rates on state tests track those on the NAEP.

The 2022 fourth-grade results for the 40 states that, to date, have reported scores show that these worrying trends in data disparities continue.

Complicating this confusing picture are the often rosy evaluations produced by grades assigned by classroom teachers. A report released earlier this year by ACT found runaway grade inflation over the past decade, with the average high school grade-point average increasing 0.19 points, from 3.17 in 2010 to 3.36 in 2021. The greatest grade inflation occurred between 2018 and 2021, at the height of the pandemic.

These inconsistencies can give families false confidence in their children’s schools and their academic performance. For example, Bellwether has found 43% of parents reported their child has not experienced any learning loss. But this is not a new phenomenon. In 2017, for example, 90% of parents said they believed their children were at or above grade level in reading and math — while only 37% of fourth graders actually were.

If families are provided with overly optimistic data, how can leaders expect their support when looking to implement robust policies and practices to improve public education? Inaccurately positive statewide assessment data and even rosier classroom grades are fundamental distractions from what NAEP scores clearly reveal: Too many students are not proficient, and drastic intervention is needed now more than at any time in decades.

Closing the honesty gap requires commitment at all levels of leadership. State policymakers must ensure that their assessments are academically rigorous, and they must set benchmarks that reflect true grade-level proficiency. States must also do a better job of communicating test results in a timely and understandable manner. It is unacceptable that in November, 10 states still have not reported the results of their spring assessments.

On the district level, administrators must ensure that instructors have access to standards-aligned, high-quality instructional materials. And within the classroom, teachers must provide consistent and reliable grades that allow students, families and school leaders to monitor progress before higher-stakes exams take place. Lastly, parents must be receptive to honest feedback, focusing their efforts on partnering with teachers rather than challenging them if their child’s scores are lower than expected.

State and local officials could also take a few cues from non-governmental entities. As Andrew Rotherham recently pointed out, the private sector has created helpful tools for accurately gauging student achievement and post-pandemic unfinished learning. Public officials at the state and local level should use these tools or at the very least find a way to emulate them. Advocates, too, must work harder than ever to make data clear and understandable to parents and to present them with policy solutions aimed at going above and beyond mere pre-pandemic achievement levels.

This is not a minor undertaking, but it is worthwhile to be able to ensure that all schools are serving young learners — and to hold them accountable if they fall short. Educating families on the true state of American education is a crucial first step in making schools a policy priority and ensuring that leaders take action commensurate with the severity of this low point in student achievement.