Behind the Scenes: Campaign Consultants

There are two likely opponents running against Steve Zimmer – Jeneen Robinson and Kate Anderson, a handful of candidates who have already filed official papers to run against Monica Garcia, and rumors but no names yet for the spot being vacated by the departing Nury Martinez.

But these incumbents and their opponents won’t be doing all the campaign planning, strategy, and media buying on their own – especially when it comes to running the IE (independent expenditure) committees through which much of the campaign-related spending will pass. Three of the city’s best-paid Democratic political consultants – Parke Skelton, John Shallman, and Doug Herman – were closely involved in the 2011 races and, once the November elections are done, may be involved again.

Skelton is a long-time Democratic consultant with long curly hair and a deadpan demeanor. He heads SG&A Campaigns (they don’t have a website, but here’s their Facebook page).

In 2011, SG&A ran the IE campaign for the Coalition for School Reform, which supported incumbent board members Richard Vladovic and Tamar Galatzan, as well as challenger Luis Sanchez. Much of the Coalition’s money was raised by Mayor Antonio Villaraigosa, a former client of Skelton’s.  Sanchez was defeated, in the runoff, by Bennett Kayser – an upset, considering that the district is majority Latino. Skelton blamed the loss on low turnout, which was under 10 Percent (For more, see this Annenberg School of Journalism report on the race).

Over the years, Skelton has appeared regularly in the LA Weekly, the LA Times, and at least once (in 2000) the New York Times. LA School Report quoted Skelton in our recent story about negative ads (Attack Ads on the Horizon). 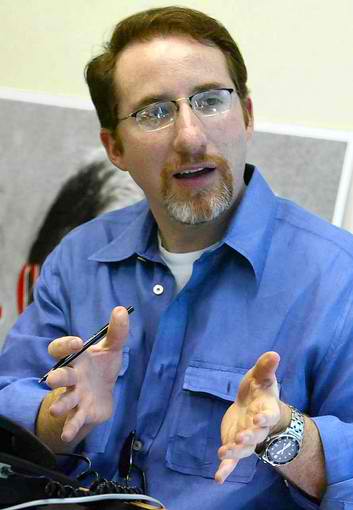 According to the LA Times, Shallman ran for a San Fernando Valley State Assembly seat in 1994 on a platform of breaking up LAUSD. (See Wizards Behind the Curtain). He now heads Shalman Communications, one of the city’s bigger consulting firms.

In 2011, Shallman ran the IE campaign for  UTLA-PACE (Political Action Council of Educators), the UTLA-affiliated campaign that supported Bennett Kayser and Marguerite LaMotte, two current school board members. However, with union president Warren Fletcher now at the helm, UTLA might decide to go with a different consulting team for their school board IE work.

Herman is part of the Strategy Group, which ran a direct mail campaign for Obama’s 2008 presidential election, as well as the current one.

In 2011, Herman ran the independent expenditure campaign for Service Employees International Union (SEIU), which represents school staff like janitors and cafeteria workers and plays a swing role in school board races. At times it is in direct competition with teachers over shrinking budgets and at other times it’s allied with teachers against others.

In 2011, the SEIU campaigned for the UTLA-backed LaMotte but also sided with Coalition for School Reform-backed candidates Vladovic and Sanchez. If Shallman is out, the teachers union may choose Herman, who has run a number of campaigns for other local unions and was named one of Capitol Weekly’s Top 100 in 2010 for his relationship with speaker John Perez.

Next up:  More candidates, campaign hiring decisions, and profiles of other behind the scenes players. Feel free to send us recommendations at info at laschoolreport.com.