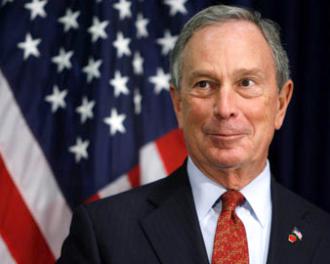 New York City Mayor Michael Bloomberg has given another $350,000 to the Coalition for School Reform, an independent expenditure (IE) group supporting Antonio Sanchez for School Board in the East Valley District 6 LAUSD School Board race that will be decided May 21.

“For years, the funding in these sorts of races was only on one side with the union,” said Bloomberg spokesman Marc LaVorgna. Mayor Bloomberg is “committed to providing a counterbalance.”

During the primary, Bloomberg gave $1 million to the Coalition, which supported three candidates: Monica Garcia, Kate Anderson and Sanchez. According to the LA Times, this was the largest campaign contribution in School Board history.

Anderson lost narrowly to incumbent Steve Zimmer; some blamed a backlash to big out-of-state donations from non-Democrats such as Bloomberg and Rupert Murdoch.

When asked if Bloomberg had any second thoughts about giving to the Coalition after the primary results, LaVorgna replied simply: “No.”

The Coalition, whose chief fundraiser is LA Mayor Antonio Villaraigosa, recently got checks for $250,000 from Eli Broad, and $100,000 from Michelle Rhee’s organization, StudentsFirst.

So far, the Coalition has spent roughly $130,000 in support of Sanchez in the May 21 general election. SEIU local 99 and the Los Angeles Federation of Labor are also running IEs for Sanchez. His opponent, teacher Monica Ratliff, currently enjoys no IE support.