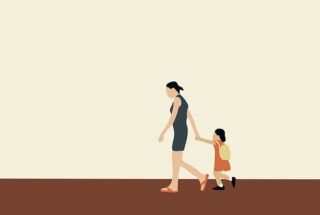 Scorned by the bureaucracy of Los Angeles Unified School District and the tumultuous politics of reopening schools in the spring of 2021, Carrie Kangro moved her oldest son to a charter school in the midst of the pandemic.

Kangro, unsure if LAUSD would reopen schools, made the move despite having a particular love for the local LA Unified schools in her quaint Mar Vista neighborhood.

“We love the specific teachers at our LAUSD school, but no one was standing up for our kids. So we went to a charter school and it’s nice because they don’t have to deal with all of this,” Kangro told The 74 referring to LAUSD’s turbulent COVID-19 reopening efforts.

More than one in four California parents have switched their child’s school during the pandemic with most transferring from traditional public to charter schools, according to the 2022 PACE/USC Rossier Poll.

The poll found a higher percentage of school switches among Democrats, white parents, families with English as a primary language and households earning more than $150,000 per year. 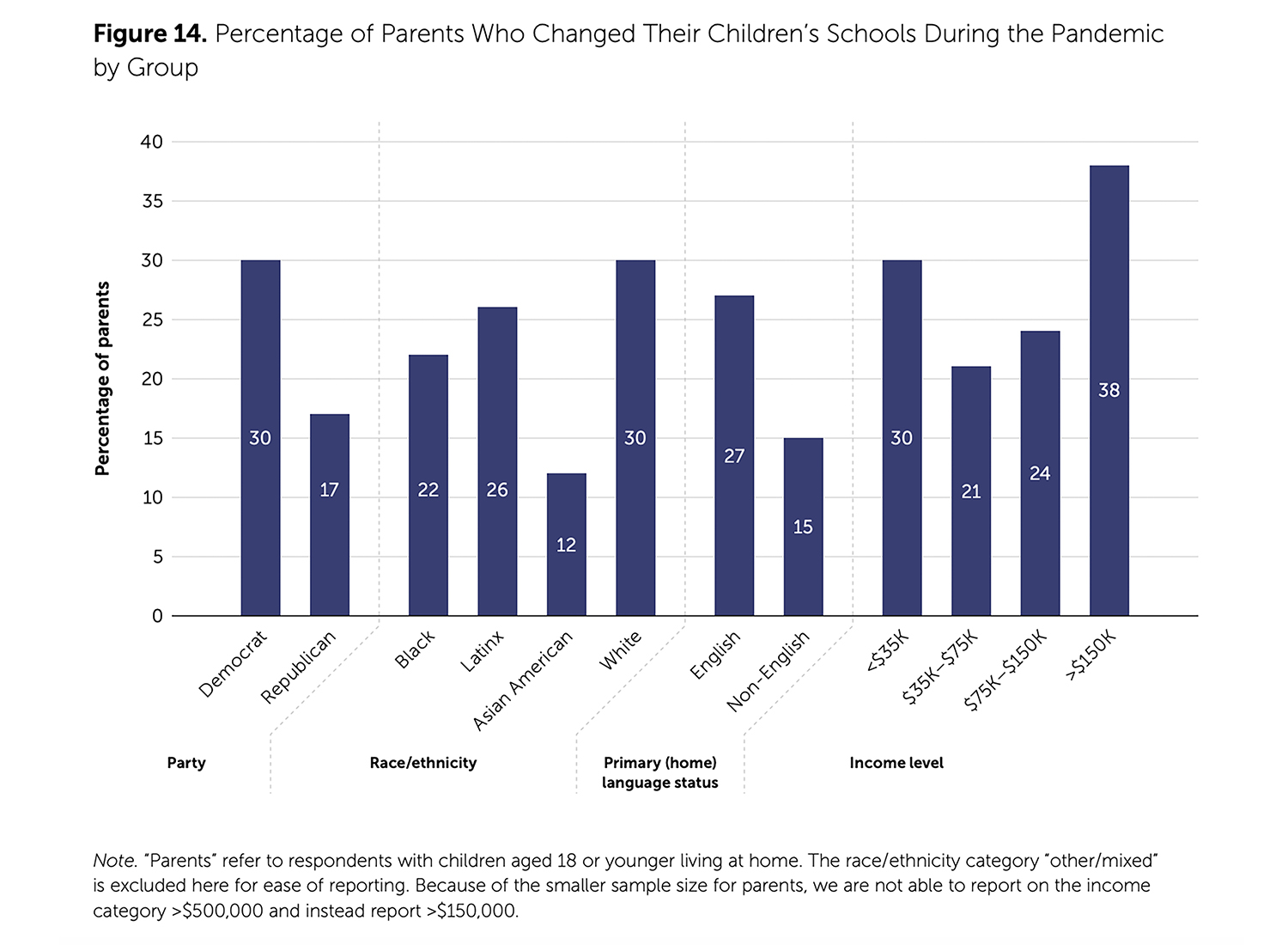 The annual poll, conducted by Policy Analysis for California Education (PACE) and the University of Southern California (USC) Rossier School of Education, surveyed 2,000 registered California voters, including 500 parents, on their opinions and priorities for public education.

The poll’s analysis on school switches attempts to understand what contributed to the historic 4.6% student enrollment decline – or more than 270,000 students statewide.

Among parents surveyed that switched their child’s school, the 52% that originally attended traditional public schools dropped to 41% – an 11 percentage point decline. In contrast, the 15% that attended charter schools grew to 23% – an 8 percentage point increase. 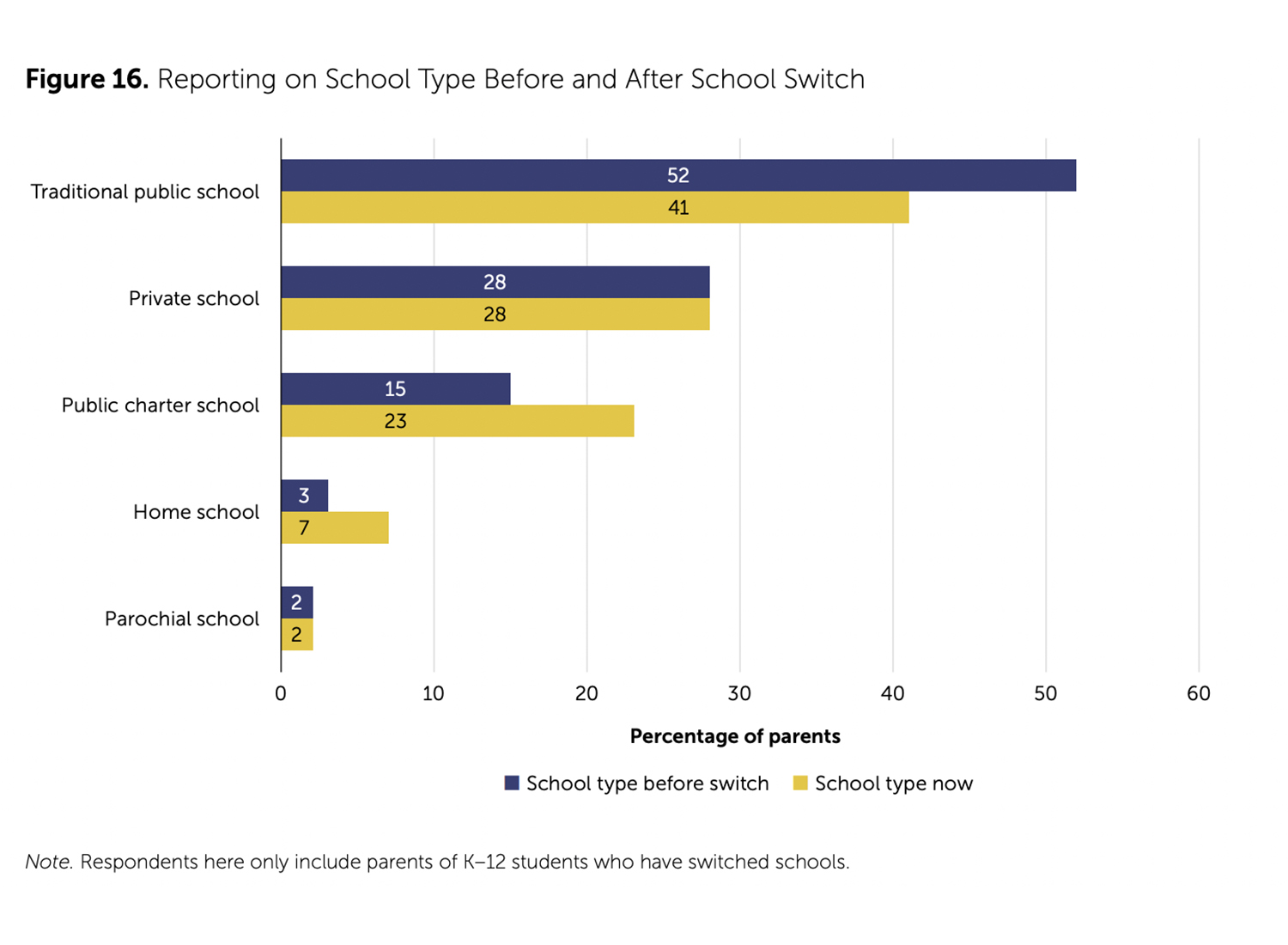 This comes as 71% of parents surveyed supported charter schools – a 15 percentage point increase from 2020 to 2022.

“The public school system needs to figure out what’s driving these decisions because without enrollment there’s no money and that’s a problem,” said Morgan Polikoff, associate professor of education at the University of Southern California and co-author of the poll. 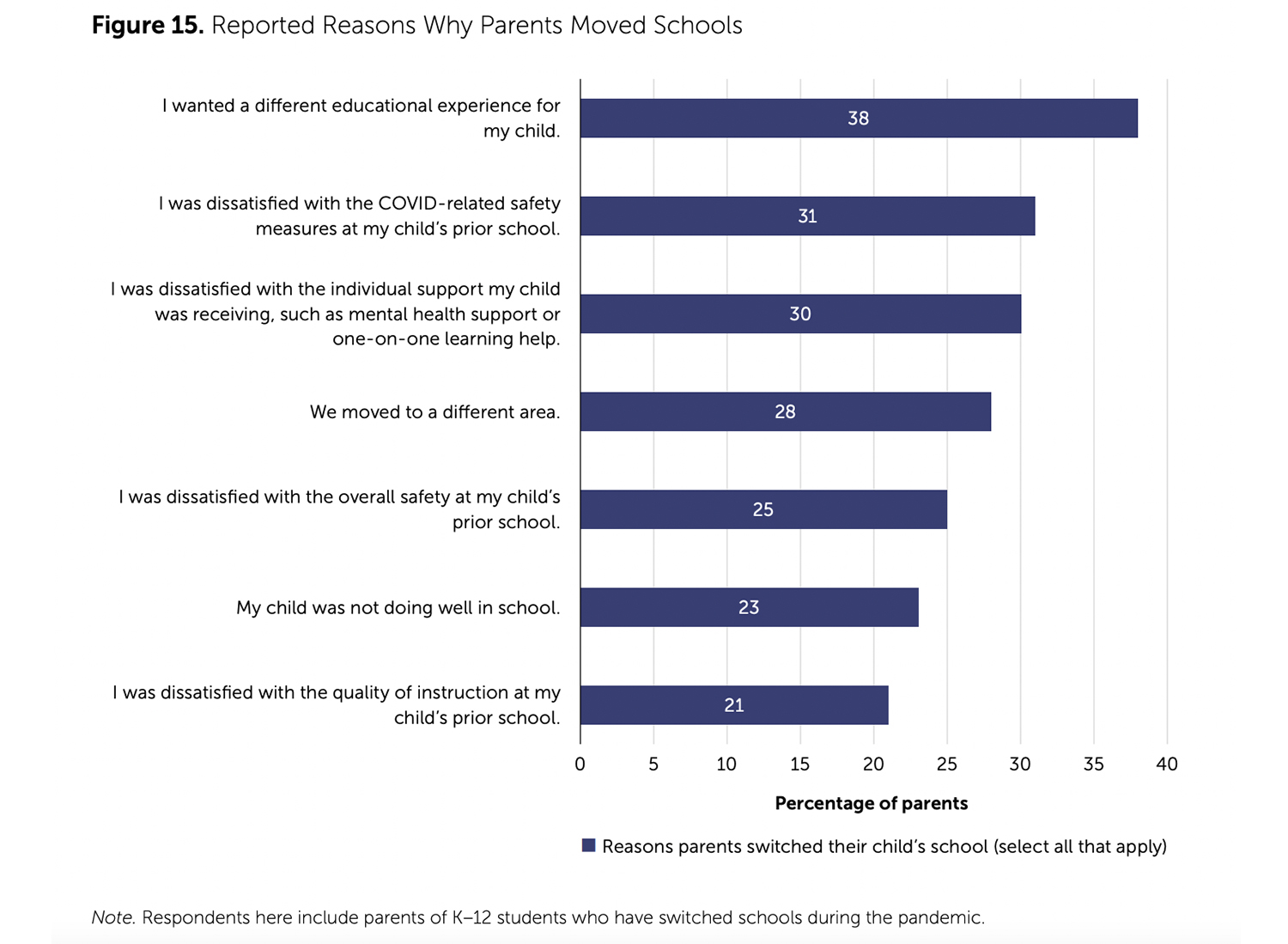 “In this current era where there are other school options, what we’re seeing is parents exercising their frustration by making these choices,” Polikoff told The 74.

Here are stories from four parents why they changed their child’s school during the pandemic:

As Kangro’s son graduated from Beethoven Street Elementary School in the spring of 2021, she wasn’t convinced LA Unified schools would open up in time for his transition to middle school.

Kangro now drives her son to WISH Charter Middle School a few miles away from their Mar Vista neighborhood.

“I would have gone to our local school happily had this all not happened,” Kangro said.

Despite supporting traditional public schools, Kangro lost confidence in LAUSD due to the demands and the political turmoil with United Teachers Los Angeles.

“UTLA was keeping schools closed as bargaining chips to get other things they wanted,” Kangro said. “Granted, teachers do need better pay, smaller classes and the whole laundry list of things they’ve been fighting for and I’m behind them on that. But it was just the wrong time and they sacrificed our kids’ mental health.” A UTLA spokesperson did not respond to requests for comment.

Despite all the chaos, Kangro plans to re-enroll her son back to an LA Unified school.

“My kids have grown up walking to their preschool and elementary school,” Kangro said. “Even though I love WISH [Charter Middle School], being in our community is even more important than all the gripes I have about LAUSD.” 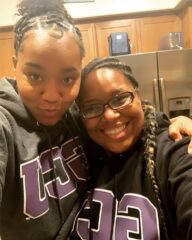 Like Kangro, Tanisha Hall switched her oldest daughter’s school from a traditional public school to a charter school.

Hall, a foster parent in South LA, moved Cassandra, now 18, out of George Washington Preparatory High School after challenges with teachers and administrators during the pandemic in 2020.

“She’s an IEP student and was not receiving any of the services or additional support she was supposed to receive from her teachers,” Hall said.

“The teachers there had an attitude. Even if the kids have an attitude too, it’s your job to defuse that and still educate that child,” Hall said. “Especially being a foster parent, you don’t know what my children are dealing with and their emotional issues.”

As a result, Hall transferred her daughter to iLEAD Online Public Charter School midway through the academic year in the spring of 2021.

“I’m a huge champion for public schools, but most of the homeowners in this area don’t send their kids there and that’s why they have low enrollment and low funding,” Hall said. “You also have people who work in these schools that aren’t getting paid a living wage, so I’m not blaming the teachers for their attitudes. However, the problems they face have an effect on how they address the kids.”

Erica Meyrich-Pinciss also transferred her son out of LAUSD and moved to Hermosa Beach, a beachside city in Los Angeles County with its own public school district.

Prior to their move, Meyrich-Pinciss said Barrett, now 6, diagnosed with Sotos syndrome, which causes developmental delays, had difficulty getting the services and one-on-one support her son needed when he attended kindergarten at Grand View Boulevard Elementary School.

“Being around other kids even though they had different abilities is good for my son so distance learning was not what he needed,” she said.

“He was in a multiple disability program where he wouldn’t be around typical children,” Meyrich-Pinciss said. “I was just really angry because he understands things and it was clear that he needed to be on an academic track, but they didn’t want to give him an aid so they shoved him in there.”

“You had to fight tooth and nail to get anything out of [LAUSD],” Meyrich-Pinciss said. “But at Hermosa [View Elementary School], they want to see him thrive. It’s important to them and they actually care about the children.” 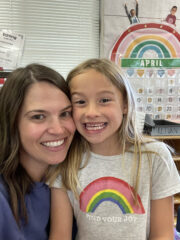 Like Meyrich-Pinciss, Lauren Phillips transferred her daughter out of LAUSD and moved to El Segundo, another beachside city in Los Angeles County with their own public school district.

When Lola, now 7, attended kindergarten at Kentwood Elementary School in the spring of 2020, Phillips balanced work obligations during the pandemic while overseeing her daughter’s online learning — a huge strain.

“We were really excited about starting school but obviously it was Zoom from home,” Phillips said. “It got tiresome just because I wasn’t working from home, I was going into the office. So for me, I was ready to send my daughter back.”

However, LAUSD’s COVID-19 reopening strategy later in the academic year did not provide Phillips and her daughter the sufficient in-person learning experience they were hoping for.

“In April [2021], my daughter got to go back to school but they didn’t tell us until the day before that our teacher wouldn’t return and that she’d Zoom from home,” Phillips said. “I was already in a situation where I was worried about how to get my daughter there and how to pick her up for just three hours a day. So I was disappointed that she was going to still be doing Zoom but in the classroom.”

Because of this, Phillips asked Kentwood Elementary School if her daughter could return to fully remote learning but was met with an inadequate response.

“The principal at the time said that they couldn’t accommodate us on Zoom and that I needed to wait two weeks,” Phillips said. “I didn’t understand why we had to wait when there’s ample room online. It’s not like we were doing the reverse where the school had to physically fit a kid in a classroom. So I decided at that time we were going to pull her out of LAUSD and we never went back.”

“[LAUSD] is too big of a school district and there’s too many children with too many different needs,” Phillips said. “We wanted to feel like we weren’t just a number in a system.”

A spokesperson for LAUSD said the district: “is continuing to focus on the long-term sustainability…through budgetary, programmatic and human resources strategies…Based on current year enrollment, we are seeing improvements, demonstrating that students are returning to in-person learning because families are recognizing all of our efforts to ensure students are provided safe learning environments and quality in-person instruction.”