Child tax credit payments a ‘shot in the arm’ for families, but some argue extending them should depend on results

Jessica Hudson, a political science student at San Francisco State University, was balancing school and work when she had to quit both to stay home with her two children during remote learning last year.

Then the whole family, Hudson’s partner included, got sick with COVID-19. They found themselves overspending on a laundry service because they couldn’t go to the laundromat and ordering take-out meals because they were too weak to cook.

Even when she could gather the strength to help 10-year-old Emerson with his schoolwork, Hudson said “teaching him at home was way out of the realm of things I’m good at.” But now, the $500 she’s receiving each month in federal child tax credit payments allows her son to attend an afterschool program three days per week and Hudson to return to her classes.

“He’ll get to play with other kids again,” she said. “And he’s going to be getting professional help with his homework.” 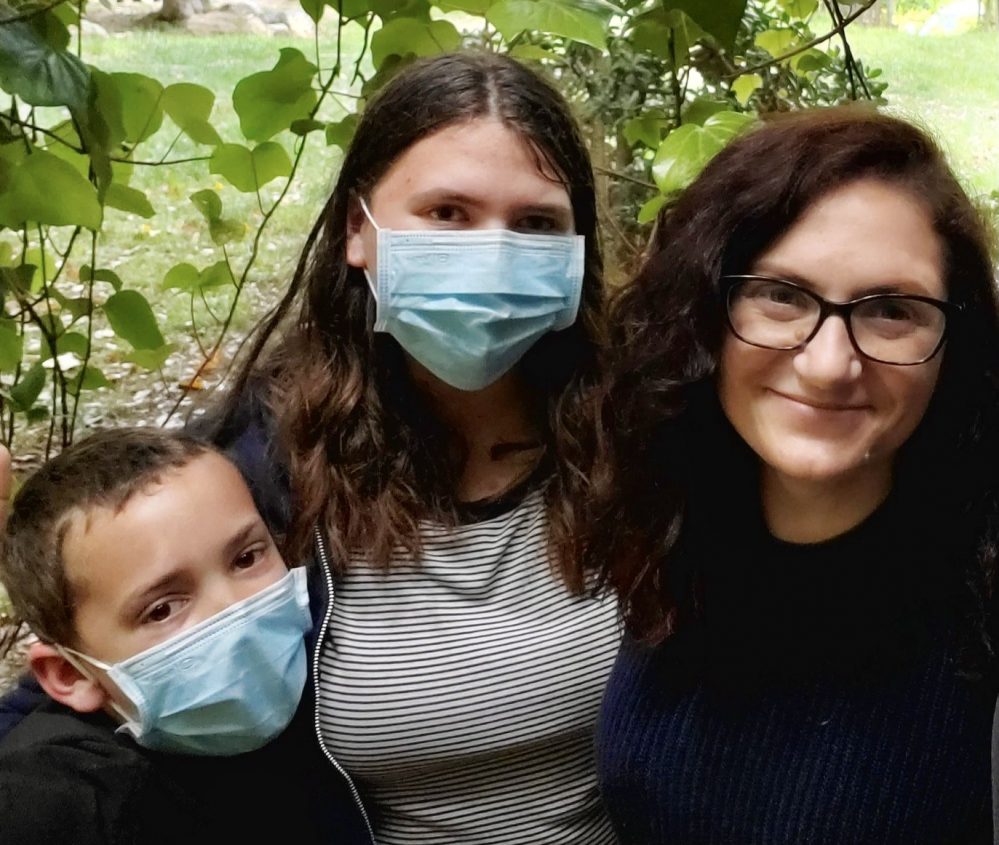 The monthly deposits, which began in July, are a temporary boost to the bank accounts of most families in the nation — a result of the $1.9 trillion American Rescue Plan Congress passed in March. Benefiting roughly 61 million children, the legislation increased the annual credit from $2,000 to $3,000, or $3,600 for children under 6. Adding a provision that disburses a portion each month has allowed families to buy more groceries and catch up with rent and utilities, initial surveys show. Making the payments permanent is a major priority for progressive Democrats, while President Joe Biden has proposed a more limited extension. Either way, the policy is a focal point of the left’s efforts to pass a major reconciliation bill over Republican opposition.

“In my mind, there’s not a more important education reform that you could pass than making the Child Tax Credit permanent,” Sen. Michael Bennet of Colorado said. The former Denver Public Schools superintendent is one of six Democrats in Congress pushing to ensure the payments continue.

But Sen. Joe Manchin of West Virginia, a Democrat who has said he won’t vote for a $3.5 trillion package, questions whether the extension should move forward without some requirement that recipients are working.

Draft legislation continues the credit for four more years, and makes it permanently refundable, meaning that even if parents earn too little to pay federal taxes, they’ll still get the credit. But that was when Democrats were set on passing a $3.5 trillion package. House Speaker Nancy Pelosi has acknowledged that the final figure is likely to be smaller.

The impact of the tax credit on families has been of particular interest to Phil Fisher, a psychology professor at the University of Oregon. Not long after the pandemic began, he began tracking the extent to which financial strain, vanishing child care and family isolation led to increased parental anxiety and greater irritability among children. Families — especially those who are low-income, single-parent, Black and Hispanic — simply didn’t know whether they would be able to cover their housing, food and other basic needs from one month to the next. That unpredictability only contributed to the stress.

The effects of economic hardship on young children go beyond crying spells or tantrums — and could add to the challenges educators face as those children enter school. Children born during the pandemic have lower language, motor and cognitive skills than those in a pre-pandemic sample, according to a recent study from researchers at Brown University and Rhode Island Hospital.

“Work-from-home and shelter-in-place orders, for example, along with closed daycares, nurseries, and preschools may have dramatically changed the quantity and quality of parent, caregiver, and teacher-child interaction and stimulation,” they wrote, but added that development among young children in more well-off households has been less affected.

The findings have not yet been reviewed by other researchers, but the conclusions add to the results of a survey of Massachusetts parents with young children. Fifty-eight percent said the pandemic has negatively impacted their young children’s academic development.

‘Working, married or misusing the money’

Measuring how families spent the additional money — and whether guaranteed income actually improved children’s well-being and ability to learn — are key policy issues for policymakers and researchers.

That’s why many are anticipating the results of a timely study that aims to answer those questions. Baby’s First Years, a $17 million project launched in 2018, doesn’t focus specifically on the child tax credit, but rather examines the impact of a similar, unrestricted monthly payment, which the families will stop receiving when the children reach 3 years and 4 months. Most are just now turning 3.

The researchers recruited 1,000 low-income mothers with infants, gave them debit cards and randomly selected them to receive either $333 or $20 each month until the children were old enough for preschool. The researchers are tracking the children’s brain function and development to measure the impact of a poverty-reduction program during the early years.

Initial results will be released later this fall. The researchers are also examining whether the mothers are still employed and whether they’re using the extra income for drugs or alcohol — questions that lead researcher Greg Duncan, an education professor at the University of California, Irvine, has come to expect based on decades of work in this area.

“You never see the political debate focus on anything other than whether the mom is working, married or misusing the money,” he said. “It’s never about the child.”

In fact, restrictions on who should be eligible for such payments have been among Republicans’ stipulations for expanding the credit. Missouri Sen. Josh Hawley’s plan would double the amount available to married couples — $12,000 annually, compared with $6,000 for single parents. Like Manchin, Sens. Marco Rubio of Florida and Mike Lee of Utah say parents should be working to receive the credit. In addition, some Republicans have argued the rush to set up the monthly payments could lead to fraud or improper payments to those who aren’t eligible.

But Fisher said the pandemic makes it harder to determine whether some families are more deserving than others. His research shows that many families “went over the edge very quickly” because they didn’t have any savings or were unable to get a credit card.

Initial surveys show most parents have used the child tax credit funds to cover basic necessities, such as food, utilities and rent. But data from ParentsTogether Action, a national advocacy group, showed more than a quarter of the 1,200 parents responding put the money toward enrichment for their children and 12 percent spent it on education.

After a year of turning down her daughters’ requests, Christa Jimenez of Denver said the extra $500 per month means she can say yes to things like new art supplies and a streaming service so they can watch PBS shows in Spanish.

The pandemic has been a “straight-up period of no for parenting,” she said. “No, you can’t see Grandma. Now you can’t go to the park. No to afterschool activities.” 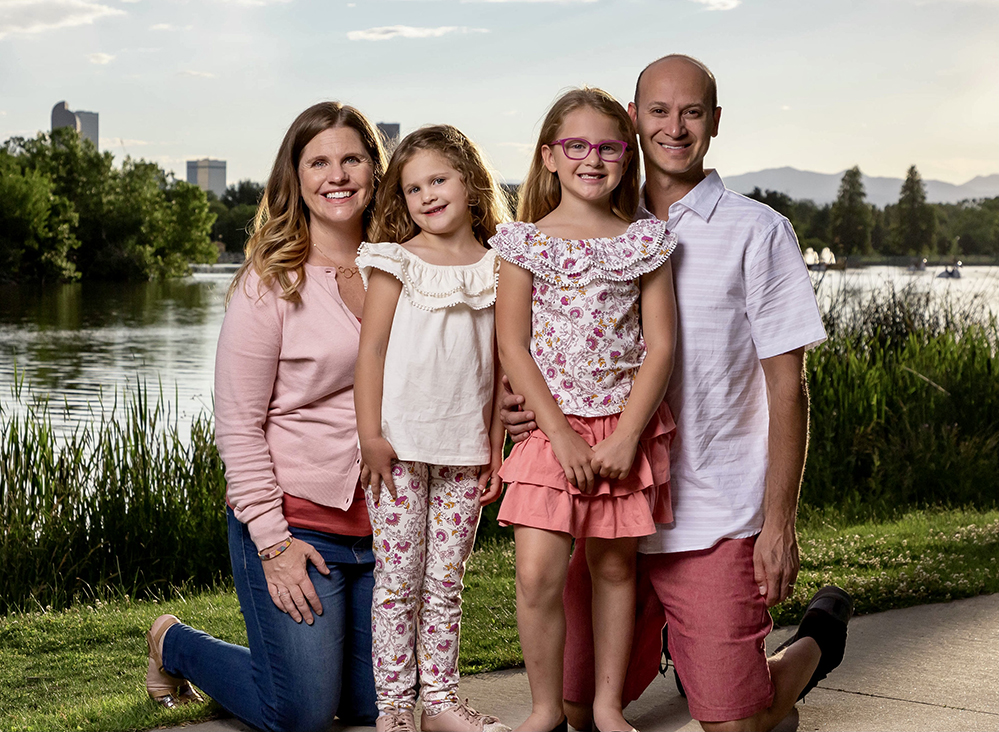 The Jimenez family has used the tax credit payments to replenish their savings and for “the fun things” like art supplies and new clothes for their daughters. (Courtesy of Christa Jimenez)

She doesn’t know if her children’s school will offer enrichment programs this fall, like chess club and choir, but that’s another way she hopes to use the funds. Federal relief bills included three rounds of stimulus payments for families — totaling $3,200. But Jimenez, who saw her work as a blogger and small business owner dry up last year, said the child tax credit has been even more helpful.

“It’s made the biggest difference for our family,” she said. “It’s monthly, so you can plan for it.”

But for how long?

The current proposal extends the credit through 2025, which would cost by $450 billion, according to the nonprofit Tax Foundation’s calculations.

Another proposal would extend it for three years. But Bennett said making the increase permanent would impact millions of children and cut the nation’s 16 percent child poverty rate in half.

“Our job as proponents is to push as hard as we can to extend it for as long as we can,” Bennett said.

Democrats saw a chance for a bipartisan approach to the issue earlier this year when Republican Sen. Mitt Romney of Utah proposed a Family Security Act that would also send monthly payments to families. But Bennet said as long as the GOP isn’t willing to reverse any of former President Donald Trump’s 2017 tax cuts, there’s no room for negotiation.

That could change in two years if Republicans gain control of the House, said Katharine Stevens, a resident scholar at the conservative American Enterprise Institute. She and colleague Matt Weidinger have their own proposal that would allow parents to bank future tax credit funds in advance — as much as $15,000 per year — so they can either work less during their child’s earliest years or afford quality child care.

She called the Democrats’ plan “short-sighted” and recommended they at least evaluate whether children’s lives improve under this policy before extending the increase indefinitely.