LAUSD Superintendent John Deasy is working hard to secure federal approval for a waiver from some of the key provisions of No Child Left Behind, taking a whirlwind trip to Washington, DC to meet with Education Secretary Arne Duncan earlier this week. 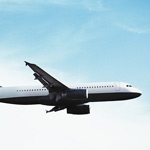 Among other things, a waiver for LAUSD would free up an estimated $80 million in federal education funding that is currently mandated for tutoring and student transportation services.

Complex logistics and concerns about state education departments and union support could prevent or delay the waiver approval from going forward, however.  LAUSD-watchers will recall that Deasy’s attempt to win support from UTLA for the district’s “Race to the Top” grant application was unsuccessful last summer.

Undaunted, Deasy’s team is gearing up to get a revised application in by the Thursday, February 28 deadline.

On Wednesday, EdSource reported that a group of California superintendents who want a waiver from No Child Left Behind were going to Washington to see if they could persuade Education Secretary Arne Duncan to consider the innovative request.

On Thursday, Education Week added that LAUSD Superintendent John Deasy was among those who met with Secretary Duncan.  Deasy and three other superintendents making the waiver request met with Duncan for about a half hour.

The main obstacle to Duncan considering the request is logistical rather than legal.   The federal Department of Education is already challenged overseeing 30-plus state-level waivers.  Allowing district-level waivers could create “chaos,” according to one Washington DC insider.

Two other possible factors cited in recent reports include California Department of Education’s interest in applying for its own waiver, and whether local unions like UTLA would support or oppose a waiver.

Just back from his whirlwind trip, Deasy remained typically upbeat. “We had a very, very good meeting with the Secretary,” he told LA School Report.   “There were no guarantees, but we were strongly encouraged to submit an application.”

He hasn’t heard back yet from Governor Brown, but Deasy hopes that the Governor will be fine with the application.  “I think this is very much in line with what the Governor is thinking, in terms of local control, and I hope he would support it.”

According to Deasy, neither the LAUSD Board nor the UTLA have raised objections to the waiver application. And, unlike with the unsuccessful Race to the Top grant application, a value-added teacher evaluation system “was not raised as a threshold item” by Secretary Duncan’s team, according to Deasy.  “I don’t see that as a stumbling block.”

This is especially important given the uncertain status of the district’s recent teacher evaluation guidance, which calls for principals to make student achievement 30 percent of a teacher’s evaluation.