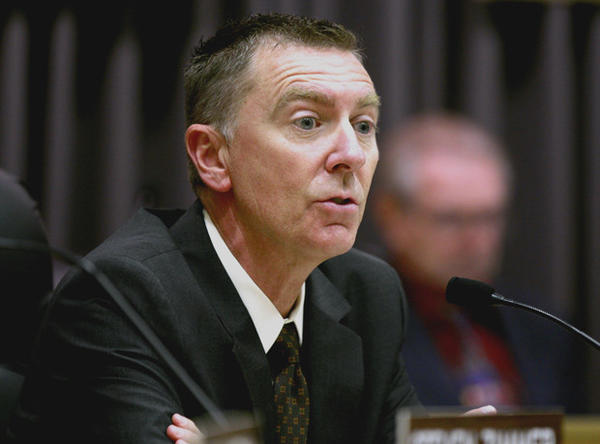 The May 14 School Board meeting two weeks from today is shaping up to be a blockbuster event featuring mass demonstrations by two unions and a host of conflict-laden issues for the Board to decide on.

The teachers union has promised to hold a large rally demanding that LAUSD hire more teachers, nurses and librarians. The SEIU local 99, an equally powerful union (with a larger membership) that represents classified employees, will also make its presence felt in support of the controversial Breakfast in the Classroom program.

And — in response to demands from UTLA and the administrators union (called AALA) —  LAUSD Superintendent John Deasy has put eight separate budget items up for Board members to vote up or down.

“The need is to make a decision between the demands from UTLA and competing issues inside the budget,” said Deasy, who will recommend to the Board that they vote to keep all the items. “I’m going to make recommendations, but I want them to understand… you can’t invest in everything.”

Some Board Members have been a bit unsettled by the Superintendent’s dramatic actions.

After a UTLA membership survey expressed the union’s disdain for Breakfast in the Classroom, Deasy announced that he would put the program before the School Board. According to the LA Times, the Board will vote overwhelmingly to keep the classroom breakfast program.

But a memo (which you can download here) sent by Deasy to Board Members and their staff last week outlines seven other budget items that the Superintendent is asking the Board to vote on.

It’s a strongly worded, at times even sarcastic piece of writing.

For example, when discussing the first item to be put before the Board, what he calls “hundreds of off norm positions,” he writes: “This will result in bumping of individuals or individuals that will not have positions particularly administrators. I am sure our unions will understand because they have been so vocal about restorations universally across the system.”

Other items up for Board approval include $1.4 million for KLCS, the TV station that broadcasts School Board meetings, funding for under-enrolled small schools, a number of school policemen, and of course, Breakfast in the Classroom, the only item that pays for itself — and more — since it qualifies the district for $6 million in federal grant money.

“We use that revenue to help defray the cost of physicians in the general fund, to keep cost of lunches down, and to support 900 employees who work in the cafeteria,” said Superintendent Deasy.

The SEIU local 99, which represents those 900 cafeteria employees, went ballistic at the news that Deasy had put the classroom breakfast program on the chopping block, and announced protests (one of which was held today at Hooper Elementary).

“We still wonder why it got put on the agenda,” said Sarah Bradshaw, Board Member Bennett Kayser’s top aide. “It’s beyond me. The result is we got a lot of scared lunch ladies and parents who are concerned, and it’s all for naught.”

Deasy’s budget item memo frames the move as a response to UTLA and AALA’s demands for hiring new employees. His point is that those things cost money, which means that the district would have to make cuts. And he wants the School Board to share the blunt of the political burden for making those decisions.

Some Board members, including Monica Garcia (as we noted yesterday) and Bennett Kayser, are questioning Deasy’s high-stakes approach.

“We’ve got a $6 billion budget,” said Kayser’s aide Bradshaw. “We’ve got to look at the whole thing. To cleave eight items out and talk about them is no way to do a budget.”

Kayser will vote to keep Breakfast in the Classroom, but would like to see some changes made to it.  UTLA leadership would seem to agree, calling the program “flawed but fixable” in a recent statement that read, in part: “We call on the District to be part of the process, and not make this a political issue.”

It appears that ship has sailed.