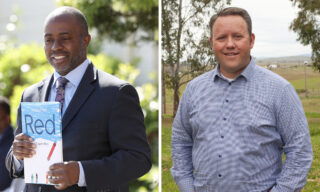 California’s race for state superintendent is in its final days. But according to some local observers, the outcome has been in hand for most of the year.

Incumbent Superintendent Tony Thurmond might have avoided campaigning entirely, in fact, if he’d picked up just a few extra points of support in the June primary. Instead, he settled for 46 percent of the vote — just a few points shy of the majority threshold to avoid a runoff — and the mantle of clear favorite heading into the fall. Thurmond’s opponent in the nonpartisan election, education advocate Lance Christensen, finished 34 points and more than two million votes behind him in the last round.

In terms of competitiveness, the contest is a shadow of previous campaigns. In both 2014 and 2018, the state’s competing education factions spent tens of millions of dollars trying to win the superintendency and influence state policy on school choice and accountability. The spirited electioneering came in spite of the fact that the office’s formal functions are quite limited, and authority over K-12 schools is split with the governor, state assembly, and the California State Board of Education.

Those were intra-Democratic elections fought between philanthropy-backed education reformers and an organized labor movement headlined by the powerful California Teachers Association, featuring serious clashes on issues like the expansion of charter schools. This cycle pits Thurmond, the slight victor over the reformers’ favored candidate in 2018, against Christensen, an obscure former Republican staffer in the state assembly who has attacked the teachers’ union and quixotically pushed to bring private school choice to the deep-blue state. And while the next superintendent will confront significant educational challenges, from pandemic-related learning loss to curricular reforms around math and English, the debate over the future of education policy has largely remained quiet.

Instead, with the reform movement (and money) appearing to sit on the sidelines, and a gubernatorial race that has similarly proven incapable of generating voter interest, Thurmond’s progressive message is widely expected to carry the day. Tom Loveless, a veteran education policy analyst who formerly led the Brookings Institution’s Brown Center on Education Policy, called Thurmond a “Teflon candidate” who, though criticized for his leadership style and the state’s lengthy school closures during COVID, is likely to sail to a second term. 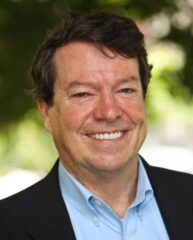 “He’s had all kinds of controversy in his office, and yet no serious opposition arose in terms of the election,” Loveless said. “It just doesn’t seem to be affecting his electoral prospects.”

Thurmond’s tenure has been marked by the usual degree of criticism directed at a high-profile policymaker in the nation’s largest state. Complaints of low morale and hostile management in the California Department of Education, the 2,700-employee agency that the superintendent leads, have led to a spate of departures of senior officials. The office also came under fire for hiring a personal friend of Thurmond’s to serve as superintendent of equity, despite the fact that he lived and held a job in Philadelphia at the time.

Representatives of the state education department declined to comment on this article.

Those spats, while damaging, were inevitably overshadowed by the emergence of COVID-19 and its massive disruptions to schooling in 2020 and 2021.

Beginning in March 2020, thousands of schools in California remained closed for in-person instruction for over a year. The approach reflected Gov. Newsom’s aggressive posture toward suppressing the spread of the virus, which also saw lockdowns of small businesses throughout the state. But as in other areas, it alienated a vocal segment of the public who worried that the long months of virtual learning were adversely affecting kids. 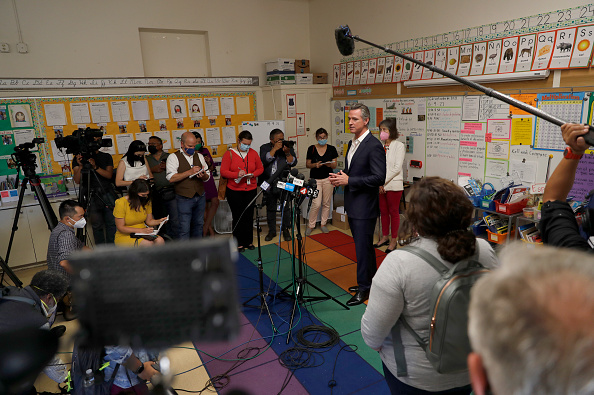 Gov. Gavin Newsom was criticized for his approach to COVID safety measures in schools, but he easily defeated a recall attempt last year. (Getty Image)

Federal data collected during the middle of the pandemic indicated that California was among the states with the highest percentages of shuttered schools. And while reopening policies varied by district, by the end of the 2020-21 school year, local reports found that roughly half of the state’s nearly six million public school students were still learning from home. Public frustrations with the slow pace of reopening — along with pandemic-related mobility that forced some to flee the state — has led to a sizable drop in the number of children enrolled in California schools.

It also contributed to an unexpected recall campaign launched against the governor last fall. That vote ended with a strong Newsom win, proving that the backlash against the state’s COVID policies was limited in its political impact. And indeed, public polling indicates that majorities of both adults and K-12 parents generally approve of how Newsom handled the K-12 school system. But the same polling also finds that faith in K-12 schools has dropped around the state. Paired with the trend toward disenrollment, those responses suggest growing dissatisfaction with the course of public education in California.

Megan Bacigalupi is an Oakland mother and the executive director of CA Parent Power, an activist group. A Democrat-turned-independent, she has criticized Thurmond for not militating more energetically in favor of earlier school reopenings and greater resources for struggling students. Still, she added, the role of superintendent is principally advisory, and Gov. Newsom held more power to influence policy over the last few years.

“Tony Thurmond had a bully pulpit and should have used it during school closures to advocate for students and families,” Bacigalupi said. “But the person who was most responsible for our schools being closed was Gavin Newsom, not Tony Thurmond. Gavin Newsom has, and had, a lot more power than Tony Thurmond does.”

With just weeks before Election Day, the academic effects of the pandemic reentered the spotlight with the release of both California’s state test results and those of the National Assessment of Educational Progress (a federal measure sometimes called “the Nation’s Report Card”).

Both exams showed significant losses in student performance on math and reading, but the NAEP scores surprised some — particularly those who worried about the state’s prolonged closures — by indicating modest drops compared with other parts of the country. In a press release, the governor’s office trumpeted the findings as showing that California “performed better than most other states” at mitigating learning loss during the pandemic.

Thomas Dee, an economist at Stanford, objected to that framing, arguing that analysis of California’s pandemic performance had to be mindful of the ways in which COVID reshaped K-12 enrollment across the state. Hundreds of thousands of disproportionately disadvantaged students, if not more, may have left the state in the last few years, potentially biasing the results upward, he remarked. 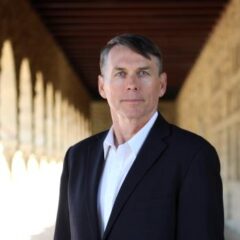 “You’d expect that test score declines would be attenuated simply because some of the most educationally vulnerable students are no longer in those schools,” Dee said. “So there’s something I find kind of unseemly about celebrating that. When you move the goalposts, maybe you shouldn’t be doing an end-zone dance.”

More controversially, the release of state standardized test results, which revealed similarly disheartening achievement losses, were originally meant to be postponed until after the election — a break with the traditional release calendar. Thurmond’s office backtracked after sustaining public criticism, but ultimately opted to release the scores on the same day that the more sanguine NAEP scores came out.

The cloud of pandemic learning loss hangs over the larger question of where California schools are headed. With his docket mostly overtaken by educational crises the last two years, much of the Thurmond education agenda has been shunted to the side. Notably, however, the superintendent successfully pushed for $200 million in state funding this year to hire graduate students pursuing careers as school social workers and mental health clinicians. 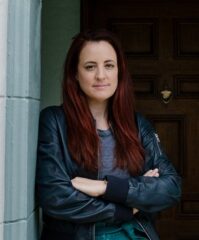 Thurmond’s preferred policy strategy has been to  convene task forces on key K-12 issues, from the digital divide to the achievement gap, which have generated proposals for action in the coming years. Some members of those bodies have praised Thurmond for adopting a collaborative approach to surfacing new ideas. But Bacigalupi, who has been particularly critical of California’s efforts to improve reading, said that multiple years of “government by task force” had managed to earn some good press while failing to do much of significance. For example, a touted reading panel declined to recommend the adoption of research-based approaches to instruction (focusing heavily on phonics and sometimes referred to as “the science of reading”), instead opting to deliver books to children’s homes.

“To me, school closures were awful — they harmed kids — but I’m now actually more concerned about what’s not happening on issues like early literacy,” said Bacigalupi, who has not endorsed a candidate in the race.

The next four years will be critical — not just in terms of an academic turnaround from COVID, but also to render a near-term verdict on whether a systemic jump in school quality can be accomplished in California. Thurmond has outlined a plan for his second term, including $250 million in proposed spending on new literacy strategies (roughly $42 for each K-12 student in the state), new investments in universal school meals and free preschool, and additional mental health supports. During a virtual event hosted Wednesday by the California Reading Coalition, he announced that he would hire a statewide literacy director “steeped in best practices for how to help our children learn.”

Christensen, who spent years as a Republican staffer in Sacramento before helping to lead education initiatives for the conservative California Policy Center, has launched his own criticisms of inaction against the department, vowing to shake up the state’s education governance by devolving more power to local districts. He even helped draft a longshot proposal to create education savings accounts, which would offer parents thousands of dollars to pay for schooling costs outside traditional public schools. The proposal, already adopted by conservative activists in more right-leaning states, never stood a serious chance of enactment in solidly blue California.

In the end, Loveless noted, the conservative challenger likely had too much ground to make up before Election Day. What’s more, he added, the complicated structure of education responsibility in state government — in which the governor calls the shots, usually in consultation with an education advisor and the legislature, while the state superintendent occupies something like a cheerleader position — did not signal much possibility of meaningful policy changes coming from the department.

“The division of labor has never really been made clear to the public, in terms of if you’re unhappy with schools, whose feet do you hold to the fire? The answer is, it’s a centipede.”

The 74’s senior writer Linda Jacobson contributed to this report.