‘Do you really want to spend the money on online Yale?’ For the Class of 2020, gap years beckon

Americorps programs like the National Civilian Community Corps engage more than 75,000 members annually, a substantial portion of whom are participating in gap years. (Getty Images)

In the months leading up to the coronavirus pandemic, 2020 was looking pretty good to Lizbeth Luevano.

Before the year even began, she had received early acceptance to Stanford — a dream for the 18-year-old daughter of Mexican immigrants in California’s Coachella Valley. After striving to master English in her early years, Lizbeth had developed into a stellar student and dedicated local volunteer, and the world was beginning to take notice. After receiving prestigious scholarships from the Palo Alto-based nonprofit Questbridge and the Bill & Melinda Gates Foundation, she was on her way to college and a career in immigration law.

Then came the pandemic, indefinite school closures and the protracted ambiguity around university reopening plans. Just months before the start of her freshman year, Stanford was offering few assurances that its academic and residential programs would resemble anything like a typical college experience.

She soon discovered that she had a role to play in her family finances as well. The coronavirus crippled Southern California’s vital tourism industry, and with it her mother’s earnings as a cleaner. Lizbeth was soon contemplating an idea that hadn’t seemed like a real possibility before: taking a year off.

“The way everything was manifesting, it definitely seemed like a gap year was more feasible because of COVID-19,” she said. “It was something I took because of coronavirus and the way Stanford was reacting to it, and the way it affected my household.” 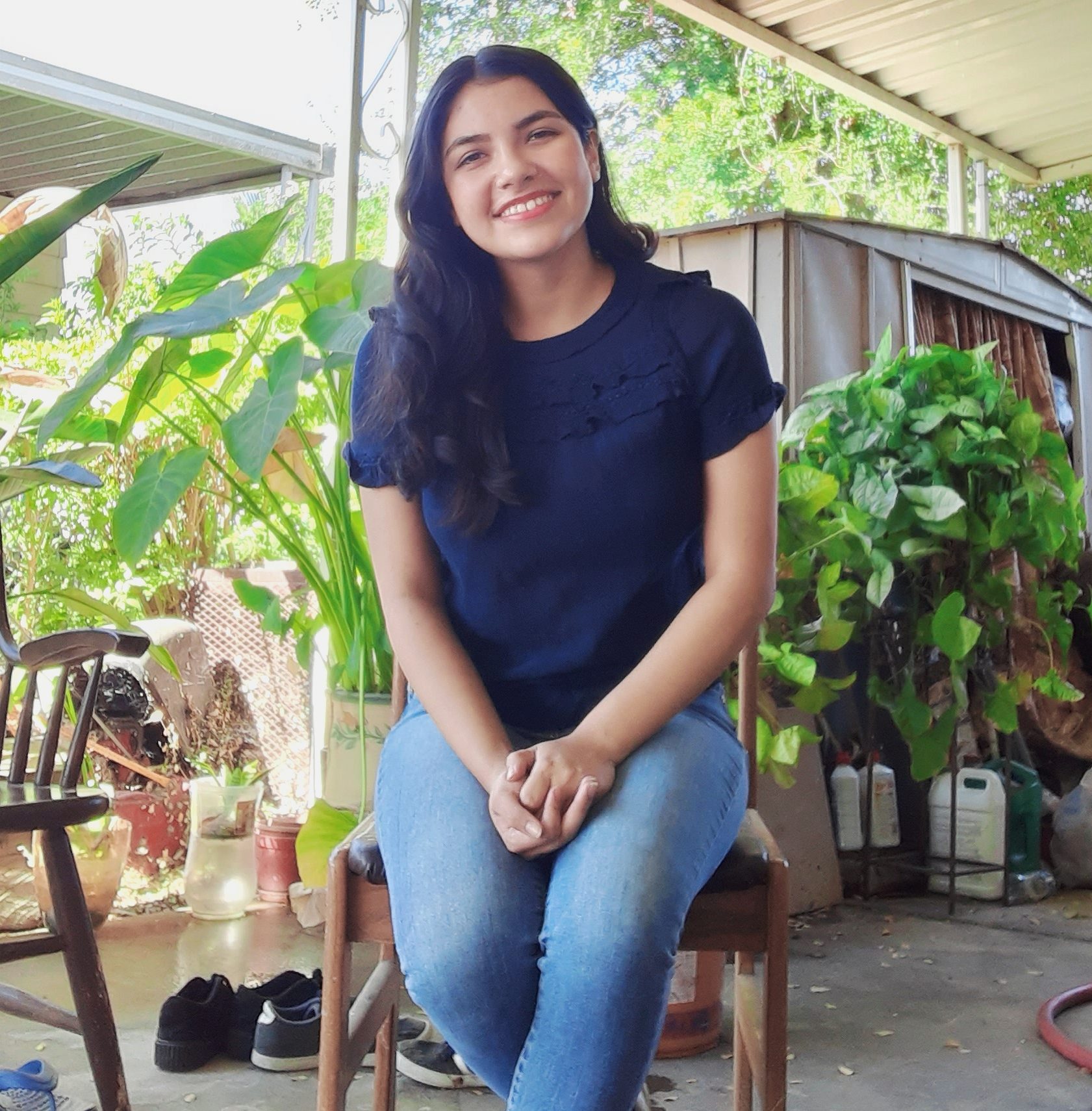 Lizbeth isn’t alone. With millions of American students facing questions about what life will look like after high school, a huge number are taking a second look at their September plans. Now that multiple state universities have announced that they will mostly conduct fall coursework virtually and serious COVID-related setbacks could result in immediate mid-semester closures, it appears that the central bargain struck between families and colleges is changing dramatically.

According to an April survey conducted by Art & Science, a consulting firm specializing in nonprofits and higher education, as many as 12 percent of students who’d made a deposit for the fall semester had already decided against attending. Student polling conducted the same month by the American Council on Education found that only 83 percent of respondents were sure they’d attend college as planned before the outbreak.

The situation is fueled by an information vacuum. Stef Mauler, a former college admissions officer who now works with families as an application strategy consultant, praised schools for reaching out to admitted students with the latest information. Still, she said, “from the conversations I’ve been in, I don’t think they have an answer” for when or how to handle reopening.

Typically, she said, only a small minority of her clients opt for a gap year. The phenomenon is more common in Europe, though it captured Americans’ attention by Malia Obama’s 2016 decision to defer her acceptance to Harvard in favor of a group expedition to South America. That trip, which was followed by a then-coveted internship at Harvey Weinstein’s production company, represented the kind of high-end experience available only to wealthy and connected post-grads.

Most families aren’t in a position to arrange that kind of gap year; many of those who can do so still worry that their children will get sidetracked academically if they take significant time away from their studies. But the coronavirus has changed the value proposition of higher education over the next 12 months at least: If the college experience shifts online, with students missing out on the chance to live independently and work one-on-one with professors, the people signing the tuition checks may wonder if it’s truly worth the cost.

“Do you really want to spend the money and the time to do online Yale?” asked Mauler. “As a mother, I would say no. I have two Ivy League degrees, and I’ll be the first to tell you, it’s … not that the professors are that much better than at any other school. The real value of those types of environments is the people you meet, and the conversations you have in the cafeteria, collaborating on team projects.”

That was the calculation that Lizbeth made before deciding against enrolling this fall. Dreading the idea of more Zoom classrooms, and conscious of the need to cultivate personal relationships with peers and instructors, she put in her gap year request with Stanford as soon as she learned that her scholarships would still be available in 2021.

Now Lizbeth is looking for opportunities to earn her keep over the next year. Armed with a $5,000 stipend she collected when a summer internship with Bank of America was canceled, she already has a measure of financial independence; she’s also picked up a job as a census taker for the time being, with more interviews underway. More than anything else, though, she’s planning to commit to her hobbies, such as drawing, and whittle down a list of more than 400 books that people have recommended to her.

“For me, even though I’ll be working, it’s still free time for me to learn whatever subject I want,” she said.

In general, gap years tend to resemble Lizbeth’s more than the former First Daughter’s. Some students opt to travel abroad, but many devote themselves to community service or take a job to earn money for college tuition and living expenses. For Holly Bull, the key to the experience is for adolescents to be “thinking more consciously about who you are and what’s of value to you,” discovering their priorities and developing autonomy along the way.

Before her own freshman year in 1980, when Bull was still considering a major in marine biology, she participated in an aquaculture research internship in Hawaii. Only after spending a few months scrubbing shrimp and fish tanks did she realize that her passions lay elsewhere.

Instead, after graduating from college — she took another break midway through to trek across India and Nepal — Bull joined the Center for Interim Programs, a gap year consultancy founded by her father. She is now CIP’s president and an enthusiastic ambassador for the personal, professional and academic growth that she says comes with a year of independent learning.

Bull views part of her job as “demystifying” the idea of the gap year. Perceived cost is a major stumbling block; many families, she said, balk at the price tag for group travel packages and specialized learning courses.

“It’s still a relatively new field in the U.S., and I think it’s been more middle-to-upper-income families who have stepped into it,” she said. “You don’t have to bleed financially to have a great gap year, but I think what people are saying is, ‘Those group programs are pricey, how do we afford this?'”

In reality, organizations like AmeriCorps offer modest pay or college reimbursement to participants in exchange for work in communities. Other service-oriented programs provide room and board to volunteers who pitch in with disaster relief or home construction. CIP vets cheaper options and connects students with scholarship programs.

Of course, the COVID threat has altered gap years just as much as school years, and the array of part-time jobs, internships and community service opportunities has been heavily disrupted by the social distancing regime over the past few months. In particular, after countries began instituting travel restrictions in February, Bull and her colleagues had to repatriate students whose gap years had taken them abroad.

“They were scrambling coming home, and we were looking for all these different online options — not just classes, but online internships, volunteer projects, certification courses,” she said. “One student was in the middle of an entrepreneurial workshop abroad and had to come back and finish online. It’s not ideal, and the last thing you want to do is online classes.” 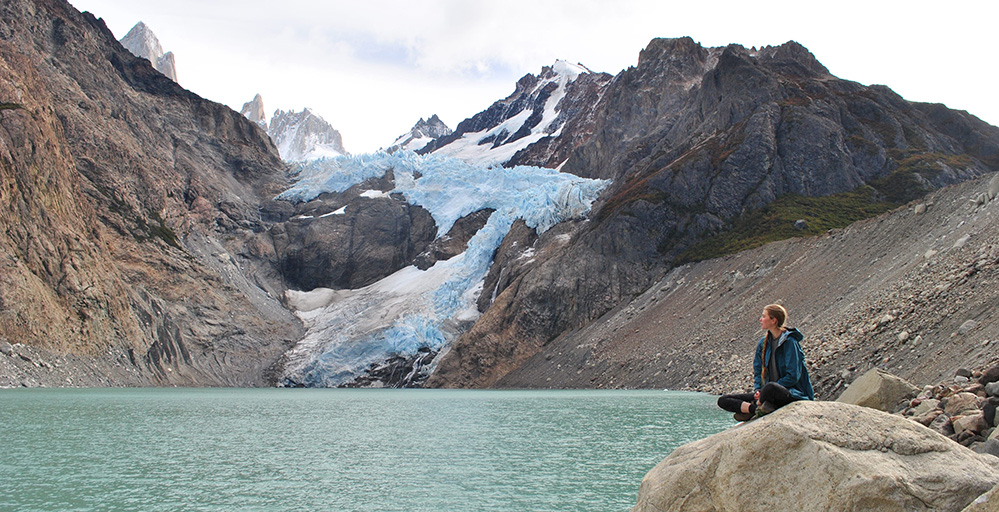 Gapyearly founder Sasha Landauer spent her 2015-16 gap year traveling the world, including a trip to Mount Fitz Roy on the border between Argentina and Chile. (Courtesy of Sasha Landauer)

Sasha Landauer is also trying to solve the riddle of the post-COVID gap year. A Stanford senior, she is the founder of Gapyearly, an information and support center for “gappers.” The project, which she founded with a friend in 2016, is heavily informed by their personal experiences: Before starting college, Landauer spent a year backpacking and volunteering on farms in Europe, Australia and New Zealand.

The self-confidence she gained during that trip prompted Landauer to apply for a gap semester once her college transitioned to online learning this spring. “As soon as classes went virtual, I decided I didn’t want to pay tuition for Zoom. … For a humanities seminar, the idea of doing it on Zoom is kind of laughable.”

Even in the wake of a global pandemic, the Gapyearly site maintains a list of learning and service opportunities that are still accessible. In fact, Landauer said, the state of the world might prove the best motivation for some young people to put off college while working on a campaign or staffing a food bank.

In starting Gapyearly, she remembered, she brought the zeal of a convert. “My vision was basically that gap years are the best thing ever,” she said. “You know, ‘They’re not even that expensive; you can actually make money on a gap year and come out cash-positive.’ In my mind, there was no reason that anyone shouldn’t consider it seriously.”

Only in talking to her college’s office of diversity and inclusion did she fully understand that “considerations are very different” for families of low-income or first-generation college-goers, who are often more reluctant to take extra time to begin higher education. “There’s a lot more pressure about college if you’re the first person in your family to have gotten in,” she said.

Lizbeth, one of her high school’s strongest students, said she was repeatedly counseled by teachers not to put off her college plans.

“I would sometimes bring it up in discussions with my teachers, and every single one of them would say, ‘Absolutely not, don’t do that.'” Only after seeing the limitations of remote learning — absences skyrocketed after in-person classes transitioned online — did they relent, she said.

The prospect of delaying college was always conceivable to Jaden Brooks, though he didn’t necessarily relish it. After graduating last December from a high school outside of St. Louis, he had looked forward to 2020 as a time to save money before enrolling at the University of Missouri to study atmospheric science.

“I was planning to go to community college and then transfer to Mizzou, but since this virus, everything has really changed,” he said. “Really, I was forced to take a gap year.”

Jaden’s interest in the weather dates back to 2011, when the single deadliest tornado in U.S. history touched down in nearby Joplin, Missouri, killing 158. Since then, he’s wanted to learn more about meteorology and perhaps work as a television weather reporter or an analyst for the National Weather Service.

Those plans will have to wait, though. At the moment, he’s working at the newly reopened Saint Louis Zoo, attempting to corral visitors into keeping their masks on despite the summer heat. (“It’ll turn hot at 10:00, and then by evening it changes to 20 degrees and starts snowing,” laments the future weatherman.)

His original plans to earn community college credits through virtual coursework haven’t materialized — in part, he said, because his former classmates told him horror stories about a spring spent on Zoom. But at least so far, few others are talking about taking the year off from school.

“Everybody wants to go to their dorms. They’re waiting for college.”