On the first day of orientation for her all-girls school on Wednesday, Principal Liz Hicks seemed relatively calm. She personally answered her phone at her office as she was in the middle of preparing for the high-profile school celebration coming up Friday morning.

The Girls Academic Leadership Academy, known as GALA, is a middle and high school that will be the first traditional single-sex school in LA Unified. It’s also the first to open in all of California in nearly 20 years, according to LA Unified’s communications office.

“I guess I’m not too nervous because I’ve had such tremendous support from the community and the school district,” Hicks reflected.

Among her biggest supporters are those planning to come to the Friday morning grand opening: Superintendent Michelle King, school board President Steve Zimmer and school board Vice President George McKenna, who also encouraged a new district all-boys school to be opened by next year. Those school leaders will attend the launching of the school along with State Sen. Holly Mitchell, State Assemblyman Sebastian Ridley-Thomas and Mount St. Mary’s President Ann McElaney‐Johnson. The keynote speaker addressing the faculty and students will be Los Angeles Mayor Eric Garcetti’s wife, LA’s First Lady Amy Elaine Wakeland, another longtime supporter of the all-girls school.

“We are so honored to have (Wakeland) speak because she will talk about the status of girls in Los Angeles, and she is such an inspiration for the girls,” Hicks said. “And so is Michelle King.”

At her State of the District speech on Tuesday, King mentioned GALA and its STEM program that will introduce girls to science, technology, engineering and math and encourage them to pursue degrees and professions where females are underrepresented. King did not mention in her speech that the first all-girls charter middle school, GALS, which stands for the Girls Athletic Leadership School of Los Angeles, is also starting up in the district this year.

Both all-girls schools can use a few more students on their rosters, and they have developed a unique positive coalition of cooperation between charter and traditional schools that seems to be rare at LA Unified.

“We help each other as much as possible, it’s not a typical model in LA where we’re thought to be in competition with charters,” Hicks said. “It’s to our benefit that we both succeed.”

Carrie Wagner, CEO of GALS, said the girls charter school was created in the wake of GALA’s formation. “There’s no doubt that Liz and GALA helped pave the way for us to exist, and she’s always there to take my call,” Wagner said.

GALS needs about 20 more students to hit their maximum of 125. GALA, which is opening with grades 6 through 9, has a waiting list for 6th grade but could use about 15 more girls for their 9th grade class to get to a total of 100 students. Both school leaders are aware their schools are very often confused, and both feel comfortable about hitting their maximum enrollment numbers.

“Carrie and I talk and if I get girls who may feel like they will be traveling too far, then we tell them about the other school, and she does the same if the Valley is too far for them and are closer to us,” Hicks said. “We are trying to develop some reciprocal cooperation.”

GALA is co-located on space shared by Los Angeles High School in the Mid-Wilshire district. GALS is located in Panorama City in the northern end of the San Fernando Valley sharing Vista Middle School.

“Maybe the biggest difference that I see with being a district school rather than a charter school is that we have so much support,” Hicks said about GALA. “I know who to go to when I have a question or problem.” GALS has a board of directors locally and is based on a program in Denver.

For the girls of GALA, today is a day of learning about their dress code, getting books and understanding what to expect when the doors open for the entire district next Tuesday. On Friday, after the ceremony that is open to the public, the girls will take a tour of the USC campus.

“We want to establish the idea of higher education and going to college from day one—even before day one—and instill that idea constantly,” said Hicks, who has set a goal of 100 percent acceptance into higher education.

The inaugural class of GALA brings together girls from 69 public and private schools from 49 ZIP codes throughout Los Angeles. The breakdown is fairly diverse at about 30 percent Latina, 30 percent white, 23 percent African American, 10 percent Asian and 7 percent other. While serving only grades 6 though 9 this year, the school will expand one grade a year until it serves grades 6 through 12 by the 2019-2020 school year, when it is expected to reach its capacity of 700 students.

The district points out that research shows that all-girls schools provide a culture of academic achievement and self-confidence that results in 30 percent more females graduating than in co-ed settings, while sending 50 percent more female graduates to college.

“We are offering this all for free, and the district didn’t have that before,” Hicks said. “This was only available before at a private school. I know people are looking at this as a model, and that is an awesome responsibility, but I am sure that it will be a phenomenal education for these girls and it’s real exciting for me.”

“Right now, everyone is being so supportive, and when I get a chance, I will take a deep breath and take it all in,” Hicks said.

GALA’s grand opening ceremony will take place Friday from 9 to 10:30 a.m. at the school in the northeast corner of Los Angeles High School at 1067 West Blvd. Local District West Superintendent Cheryl Hildreth and LA Sparks Chief Operating Officer Christine Simmons are also among the special guests expected at the ceremony. 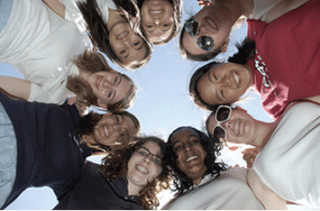 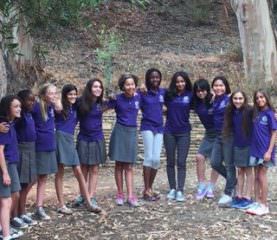 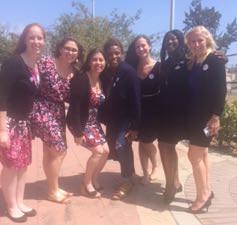 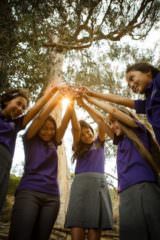 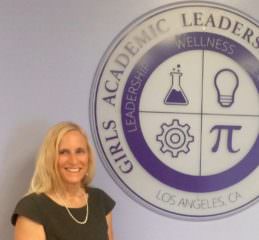