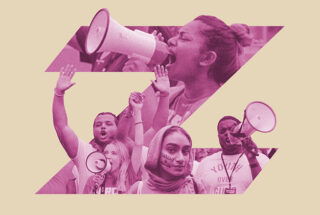 Ask a Boomer or Millenial what they think of Gen Zers and their observations are far from flattering: Overly sensitive, socialist, disengaged, dependent on technology.

But those stereotypes have little basis in reality, according to the book, Fight: How Gen Z is Channeling Their Fear and Passion to Save America, released earlier this year.

John Della Volpe, author and director of polling at the Harvard Kennedy School, analyzed the generation’s stressors and biggest motivators — and found Zoomers are more action-oriented, politically engaged and optimistic than portrayed.

Zoomers show up at the polls in historic numbers, for instance, while experiencing higher rates of depression and anxiety than older peers. Young people in the U.S. have grown up in an era marked by record gun violence, the opioid epidemic, threats to fair elections, the pandemic, economic recession and police brutality, Della Volpe notes.

“Rather than melting … just kind of turning away, when you see all this chaos, which would be what a lot of people would expect,” Della Volpe told LA School Report’s parent company, The 74, “[Gen Z] has actually become more focused, more motivated, potentially more angry, and more concerned about creating justice, not just for themselves, but for all those who are vulnerable across the country.”

In 2021, 61% of Zoomers agreed the government should do more to reduce poverty; 64% agreed basic health insurance is a right, according to the Harvard Institute of Polling. Both rates are up about 20% when compared to 2015’s results from millennials.

And in the words of Alex, a Black high school student in the Midwest, Gen Zers “can be extremely effective leaders, as many of us have been educating ourselves on social issues for a lot of our lives.”

“We are more empathetic, tuned in to the news, and educated,” Alex told Della Volpe.

Zoomers are also painfully aware of the differences between themselves, born in the late 90s and early 2000s, and people born prior who would not have had the experience of fearing death at schools, theaters, or grocery stores.

“An older generation would not understand walking into a classroom and thinking about how easy it would be for someone to shoot it up,” said Grace, then 20, naming what she thinks older generations fundamentally misunderstand in one of Della Volpe’s focus groups. “The same daily weight on an adult’s shoulders over bills or taxes is what children feel about living or dying.”

Below, explore five myths media and older generations get wrong about Gen Z:

In both the 2018 midterms and 2020 presidential election, Gen Z’s turnout broke records. When over a third of eligible young people cast a vote in 2018, it nearly doubled 2014’s rate. 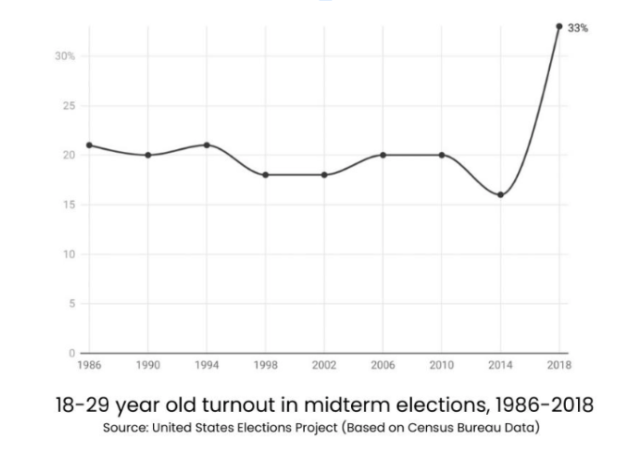 Young voters, according to hundreds of focus group findings, are overwhelmingly eager to address some of society’s most pressing challenges.

“Because it’s my responsibility…to do everything I can to make the world even just a little bit better. Even if it’s not the world that I would like to see, I cannot in good conscience allow the status quo to continue,” a Gen Zer from Western Pennsylvania notes in the book, explaining why she’d vote despite not being fully supportive of Biden.

“…Clean and healthy environments, access to quality education, those are values that this generation just doesn’t compromise on,” Della Volpe said. “And currently, my perception is that there’s only one party developing solutions to address these issues, these systemic issues, including racial justice, policing, we can make a long list… any party that does not address those issues will become irrelevant in the future.” 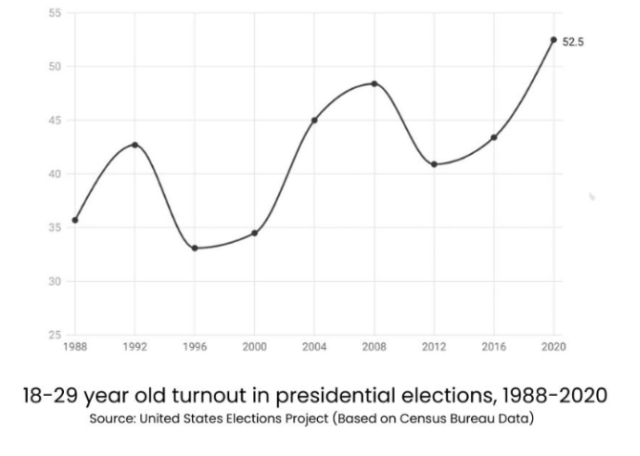 There’s a perception that Zoomers “melt” under the pressure of the moment, perhaps because they are twice as likely as Americans over 30 to experience anxiety and depression — likely in part due to the social and political trauma they’ve experienced. They’ve experienced chaos without healing across divides for a common goal, Della Volpe explained.

53% say they had little interest in doing things; 48% had trouble concentrating; and 28% thought about self-harm or believed they’d be better off dead, according to a Harvard poll conducted over two-weeks in March 2021.

“I dropped out because the cause of my depression and anxiety was taking so much of my time that I wasn’t getting any work done,” Katherine, then 19, said in a focus group. “My new homeroom teacher was really, really supportive, and helped me…so I could actually get towards graduating… just having someone to talk to saved me.”

In the thousands of conversations Della Volpe has held with young people of varied demographics across the country, he cannot remember a single time the group turned contentious.

Often, he said, they found the meetings therapeutic.

“There are so many opportunities to have meaningful conversations about income inequality, climate, sexuality, racism…Search for those opportunities and try to engage, keep an open mind,” Della Volpe said. “Young people would welcome debates and different points of view.”

One way he imagined this happening more regularly in schools is to open up cafeterias, parking lots, or auditoriums for conversations or listening sessions where young people could vent, talk through what they’re witnessing in the world.

“The direction of the country is also a new weight and a new challenge to them. So it’s helpful for parents and teachers to look for opportunities to engage in those conversations, rather than run away from them,” he added.

Young people are not fully aligned politically. While a third support socialism broadly, only 15% identify as socialist. About 45% support capitalism — a rate that climbed to 54% among people shown a definition before sharing their opinion.

When shown definitions of traditional socialism, support dropped to 24%. 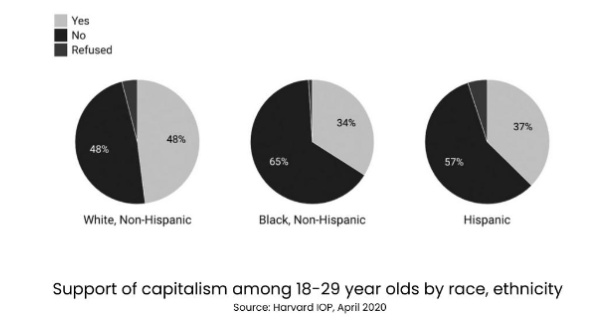 As one group of undergraduates explained, they’re looking for a form of capitalism that rewards everyone, not just the most privileged and wealthy. Zoomers look to learn from capitalist economies where healthcare and family are still prioritized, in places like Norway.

“While everyone’s becoming more progressive, there’s a sense of pragmatism and diversity that exists kind of below the surface,” Della Volpe said.

“That’s because [they] have grown up behind a screen or with a smartphone in your hands. I don’t think that’s a zero sum game,” Della Volpe said of the assumption.

Growing up with unprecedented access to the internet created a generation both adept at technology and emotionally intelligent. Gen Zers are communicators, comfortable with the nuances of remote work, how to leverage social media and express emotion or share resources on TikTok.

“What I’ve found, especially my qualitative research, is this personal agency — this ability to not just speak in developing relationships with friends, but also to use your voice to speak out for justice,” Della Volpe said.