Thursday night’s School Board candidates forum offered three political newcomers a chance to introduce themselves to voters of the East Valley’s District 6. Monica Ratliff introduced herself to the assembled group of community members and reporters as a teacher of a high-performing public school (San Pedro Elementary) in one of the poorest areas in the city. Maria Cano portrayed herself as being from the community and having worked in it for 20 years. Antonio Sanchez reminded voters that he worked to help pass Prop. 30 and claimed to be adept at building coalitions.

The three candidates agreed on issues like community engagement and bringing more resources to schools, and disagreed on others: the new teacher evaluation agreement, proposals to speed the removal of teachers accused of classroom misdeeds, and the performance of current LAUSD Superintendent John Deasy. They were largely cordial to each other though Ratliff offered a few veiled criticisms of Sanchez.  Among the three, Cano was the most critical of Superintendent Deasy. The forum took place at the Pacoima Boys and Girls Club and was well-attended though not as crowded as last week’s Westside (District 4) event. 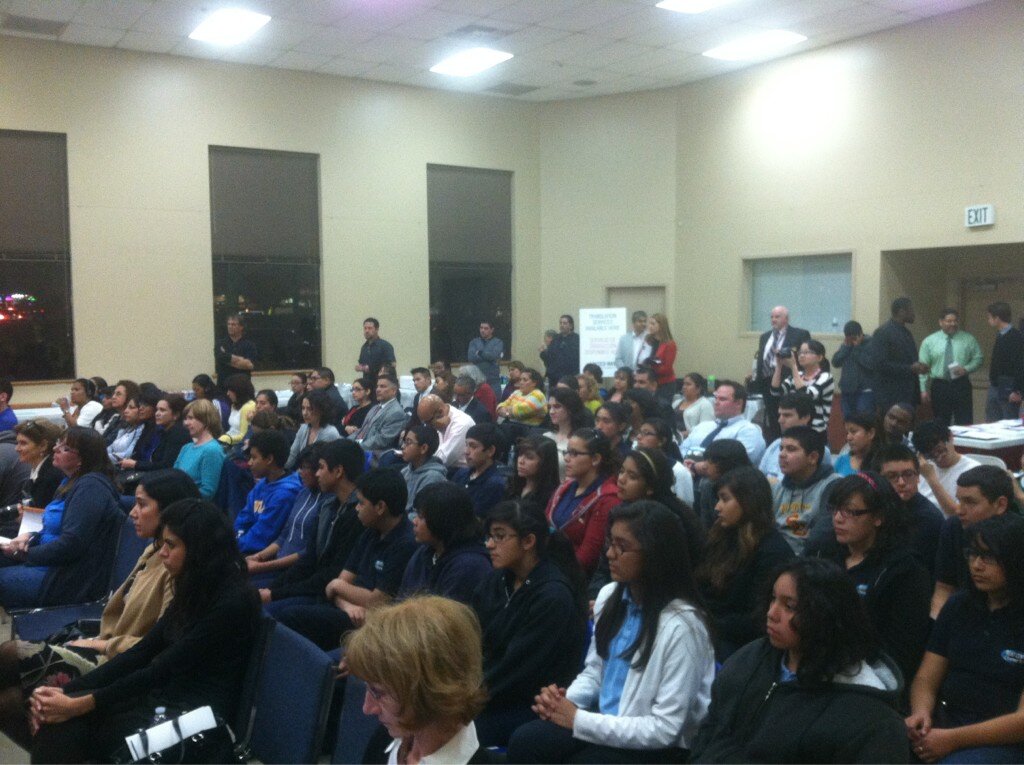 A view of the audience at the District 6 candidate forum, via @Students_Matter

All three candidates stressed the need for more community involvement in school and Board decision-making. Ratliff said she would stagger the times of School Board meetings so that parents who work during the day could attend some of them. Sanchez added that some of them should be held in the Valley. “Our schools should be community centers,” said Sanchez Cano stressed outreach. “We need to knock on their door, they don’t need to knock on ours,” she said.

When asked about the teacher evaluation agreement that UTLA recently ratified, Sanchez praised the deal, saying “it’s a step in the right direction.” Ratliff said she opposed the deal because it included school-wide Academic Growth Over Time (AGT) as a metric for pupil progress. “I don’t see how that helps that teacher,” she said. “When I’m observed, I want them to look at me.” Cano said the deal “falls short because it is not taking into consideration other factors.” On this point, Ratliff disagreed, saying that she’d seen in her classroom that any child is capable of achievement no matter what his or her background is.

Speeding the Removal of Teachers Accused of Wrongdoing 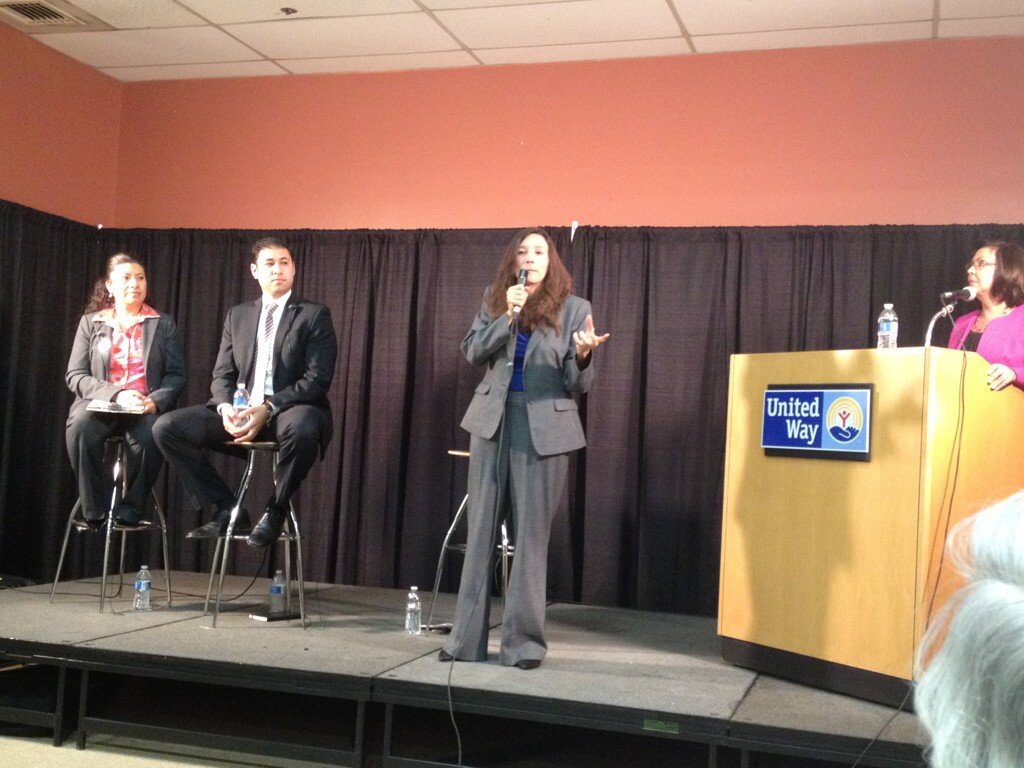 The candidates also differed on whether or not they would support State Senator Alex Padilla’s SB 10, which would make it easier to remove and fire teachers suspected of harming a child in the classroom. Cano said she was against SB10’s aggressive approach to removing teachers. “I don’t disagree with the intention but I disagree with the concept,” she said. Sanchez said he supports the bill: “Our number one responsibility is to ensure safety,” although he added, “There should be due process.” Ratliff avoided answering the question directly, instead saying that schools needed “more mental health professionals.” When pressed by LA School Board after the meeting, she said she had not yet read SB 10, but had opposed the previous version, SB 1530, which never made it out of committee (see: CA Democratic lawmakers kill teacher discipline bill union opposed).

Perhaps the biggest area of disagreement came into focus towards the end of the forum, when candidates were asked to evaluate the job performance of Superintendent John Deasy. Sanchez offered unequivocal support. “I love his sense of urgency,” he said. “I love when people won’t take no for an answer.” Ratliff said she didn’t know enough to say. “I can’t comment on what his job performance is,” she said. “I’ve read he is a strong worker. I would need to know more.” Cano criticized the Superintendent, having observed him at School Board meetings. “It takes a few meetings to see he is focused on other priorities,” she said, drawing what was almost certainly the biggest applause of the evening. In particular, she was critical of Deasy’s focus on technology and teacher evaluations

After the debate, Ratliff declined to say whether or not she would vote to give Deasy another year on the job, Cano told LA School Report that she would consider replacing Deasy if ‘the right candidate came along.”

Shots at the Front Runner

In her closing statement, Ratliff offered two veiled shots at front-runner Sanchez. “I’m not supported by special interests. There’s no IE [independent expenditure] campaign for me,” she said, referring to the well-funded IE campaigns being run in support of Sanchez, one by the SEIU and the other by the Coalition for School Reform.

Later on, she added, “This is not about running for further political office.”  This could be interpreted as a shot at the current District 6 School Board member, Nury Martinez, who is leaving the School Board after a single term to run for LA City Council, or another swipe at Sanchez, who worked for Mayor Antonio Villaraigosa for six years and is considered by some to be an up-and-coming figure.