Since the onset of the coronavirus pandemic, school districts and public health experts have sought to solve a key missing link for safe in-person learning: how to identify asymptomatic COVID-19 cases among students and staff.

Asymptomatic carriers might come into school buildings and transmit the virus unknowingly, officials worry. In Los Angeles, the district superintendent recently announced that the nation’s second-largest school district would not reopen at the start of the spring semester Jan. 11 after data from their testing program revealed that 5 percent of adults and nearly 10 percent of youth, who did not report any COVID-19 exposure or symptoms, tested positive for the virus.

Now, new research from the Massachusetts Institute of Technology may provide a solution.

In a paper recently published in the IEEE Journal of Engineering in Medicine and Biology, an MIT research team found that artificial intelligence might be able to detect COVID positivity at a high accuracy rate simply by the sound of one’s cough recorded through a smartphone speaker — even for asymptomatic individuals.

Though the differences between the forced coughs of healthy and asymptomatic individuals are not discernable to the human ear, it turns out they can be picked up by technology. After researchers Brian Subirana, Jordi Laguarta, and Ferran Hueto trained their model on tens of thousands of sample coughs and spoken words, they tested it on 1,064 subjects, finding that the model accurately identified 98.5 percent of coughs from people who were confirmed to have COVID-19, including 100 percent of coughs from asymptomatic individuals.

“We think this shows that the way you produce sound changes when you have COVID, even if you’re asymptomatic,” co-author Subirana, a research scientist in MIT’s Auto-ID Laboratory, told the MIT News Office.

The MIT team is now working to incorporate their model into an app, which if approved by the FDA could provide a free, non-invasive pre-screening tool to help identify people who have COVID-19 — even those who are not experiencing symptoms. Their hope is that users would be able to log into the app daily, record their cough, and instantly receive information on whether they might be infected, indicating that they should confirm the result with a formal test.

‘It could really revolutionize testing in the school system’

Such an app, if effective and publicly available, could have big impacts on the school reopening landscape, health experts say.

“It could really revolutionize testing in the school system,” said Dr. Philip Chan, associate professor of medicine at Brown University and medical director for the Rhode Island Department of Health. “Should something like this come to fruition, it would really be exciting.”

Traditional screens for the virus, such as temperature checks and questionnaires, can identify positive cases only when individuals are already experiencing symptoms, explained Dr. Sara Johnson, co-director of the Johns Hopkins Consortium for School-Based Public Health Solutions.

“If we’re relying purely on symptom-based screening, we’re missing a lot of people,” she said.

Recently, some schools have rolled out rapid testing, said Chan, but even those tests require specimen collection, training, and have an associated cost per person. An effective diagnostic tool based on forced cough recordings through a smartphone would all but eliminate those barriers.

Still, both Johnson and Chan cautioned that it’s too early to count on any tech-based solutions.

“More evidence is needed, more data is needed,” Chan said. “They need to be validated, studied, especially in real-world settings.”

Whether the artificial intelligence model is effective for young people remains an unanswered question — a key factor in the technology’s potential impacts for public schools. The MIT study indicates that more research will be required to find out.

“[T]here are cultural and age differences in coughs,” the paper notes in its conclusion. “[F]uture work could focus on tailoring the model to different age groups.”

Data privacy and bias also remain key worries. Algorithms used in other health-related contexts such as risk assessment have been shown to underestimate the severity of illness in Black patients compared to white patients. And devices measuring blood oxygen levels, popular for coronavirus symptom regulation, can give biased results for people with darker skin. 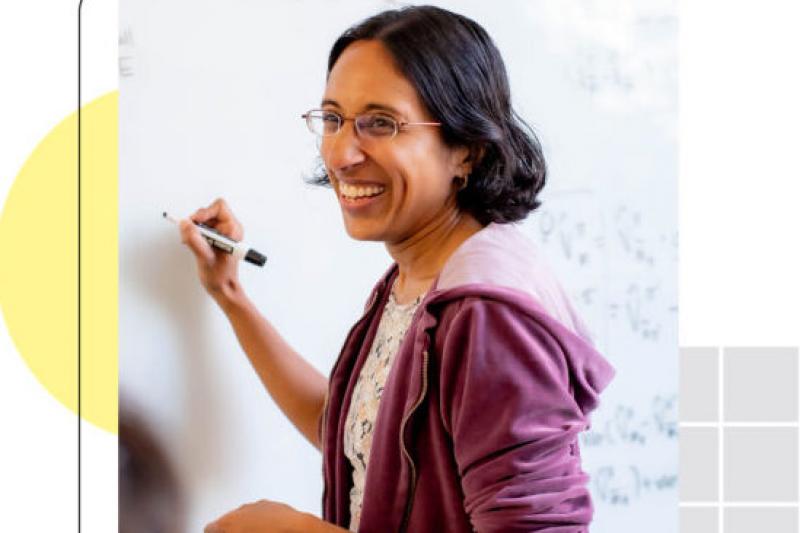 Such problems in technology can stem from biased data, explained Harvard University computer science professor Finale Doshi-Velez. If an artificial intelligence model is trained on a tainted sample, “[the] model is going to spit out exactly the inequity that’s in the dataset because it only learns from the data,” she told The 74.

Additionally, if the dataset does not represent a diverse sample of people, the model can provide inaccurate results for people whose gender and racial identities are underrepresented in the trials. “If you have a model that’s been trained on one subgroup of people,” explained Doshi-Velez, “then there’s no telling what it will do on a different subgroup.”

The Harvard professor’s primary question with the MIT research is whether its dataset includes a diverse set of individuals. “What demographics did you collect and what were the performances across the demographics?” she wonders.

But while Doshi-Velez considers the idea “clever” despite her concerns, NYU research scientist Meredith Whitaker harshly critiqued the study over Twitter, taking aim at the “scant” 5,320 samples collected and chalking the results up to “biological essentialist AI hype that will not work.”

Though the MIT study’s co-authors declined to comment on Whitaker’s critique, their paper says that the team is working with several hospitals around the world to collect a larger, more diverse set of cough recordings, which will help to strengthen the model’s accuracy — and hopefully minimize potential bias.

While this latest cough model represents a breakthrough in the COVID-19 screening landscape, the idea of using vocal sound to diagnose illness is not new. For years, research groups already had been training algorithms on cell phone recordings of coughs to accurately diagnose conditions such as pneumonia and asthma. Embedded in the sound of a cough, these models can pick out a number of factors (or “biomarkers,” as researchers refer to them) including gender, emotional state, mother tongue, vocal cord strength, respiratory performance, and muscular degradation.

In addition to fears of a faulty algorithm, Maya Chavez, a high school teacher in Providence, Rhode Island, worries that a pre-screening app might give school leaders a false sense of security if implemented before conclusive data on the artificial intelligence model’s effectiveness emerges. She would not want to see an app operate as a stand-in for more accurate diagnostic measures such as PCR, or nasal swab, testing, which experts consider the “gold standard” for COVID-19 detection.

“We need to be very careful about lower-quality solutions being presented for high (case) rate areas,” said Chavez, who is keenly aware that in her district, which serves 91 percent students of color, systemic inequities such as old buildings and low academic standards persist dangerously. Countywide in Providence, one in 11 people have already been infected with COVID-19. 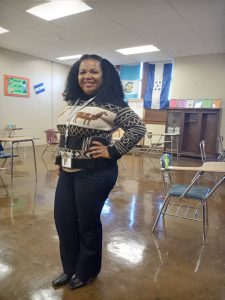 However, if the technology does prove effective, other staff in Chavez’s district see the potential benefit of incorporating the additional screening measure. Melanea Lopez-Vallejo, a high school guidance counselor and ESL teacher in Providence who herself got infected in school from a student waiting on test results, thinks a phone-based screening system might have saved her from getting sick.

“It would work perfectly for us,” Lopez-Vallejo said of the prospect of a smartphone app. Thanks in part to pressure from Rhode Island Gov. Gina Raimondo, Providence schools have mostly remained open for hybrid or full in-person learning, even as virus cases have surged. The state set up a robust testing system, but those measures cover students and staff experiencing COVID-19 symptoms or exposure, not those who may be asymptomatic.

But while educators and public health experts mull the possibility of identifying COVID-19 through algorithmic means, the app-based idea might not be the most unlikely screening method. Researchers are also exploring the possibility that dogs may be trained to sniff out people who are infected at a high level of accuracy.

Still, while Johnson, Johns Hopkins Consortium, welcomes innovation in helping to combat the virus, she cautions against relying too heavily on solutions that might leave under-resourced communities behind.

“There is still going to be a segment of the population that doesn’t have access to apps, they don’t have access to smartphones, or they run out of [data],” she said. “It’s going to be incredibly important also to think about strategies that work in less well-resourced settings and make sure that those kids don’t get left behind.”

If the MIT research team can mitigate these concerns, they see a huge upside to using artificial intelligence to screen for infection — both for schools and for society writ large.

“Pandemics could be a thing of the past if pre-screening tools are always on in the background and constantly improved,” their paper concludes.