Michelle King gives her second “State of the District” speech.

Superintendent Michelle King gave her second “State of the District” speech on Tuesday morning, touting new accomplishments for LA Unified and new programs that got wild applause from the audience of mostly principals.

A middle school pilot program trying out later start times, 10 early education dual-immersion language pilots in Korean and Spanish, 28 new transitional-kindergarten programs, and 45 schools in a pilot program to help students become more analytical thinkers were some of the items she ticked off that received the most applause.

She also talked about assisting underperforming schools, giving additional hours of support for teachers, foster youth residency programs, more arts integration training for teachers, and plans to stave off a teacher shortage by preparing students for teaching careers. She announced a new task force on attendance issues and a series of summits between parents and educators. And she launched a “We are one L.A. Unified” campaign to provide “resources, toolkits, and messages of inclusion” to immigrant families.

King delivered this traditional annual pep talk at Garfield High School in East Los Angeles to about 1,500 principals and assistant principals who then stayed for all-day meetings. Classes begin next Tuesday, Aug. 15.

Throughout her speech, King emphasized the district’s stated goal of “100 percent graduation,” adding, “The way to get there begins in preschool, and we are accelerating progress in those early years of school.”

“We can never give up until we reach the goal of 100 percent graduation,” she said. That goal is the bedrock of King’s strategic plan she delivered last September.

Last year, King used her back-to-school speech to announce a record-breaking 75 percent graduation rate for the class of 2016, which beat the previous year’s record of 72 percent. This spring the state released updated figures that showed LA Unified had achieved a 77 percent graduation rate. On Tuesday, King declined to say what this year’s graduation rate is, saying she is waiting for final numbers to be released by the state in coming months. Instead she said 26,000 students — 85 percent of the senior class — met the A-G course requirements and graduated this June. 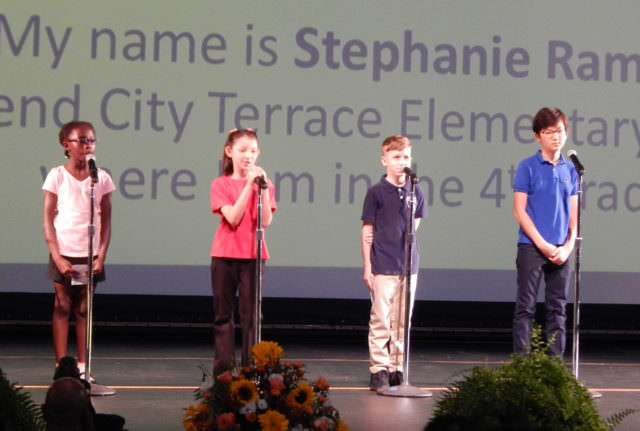 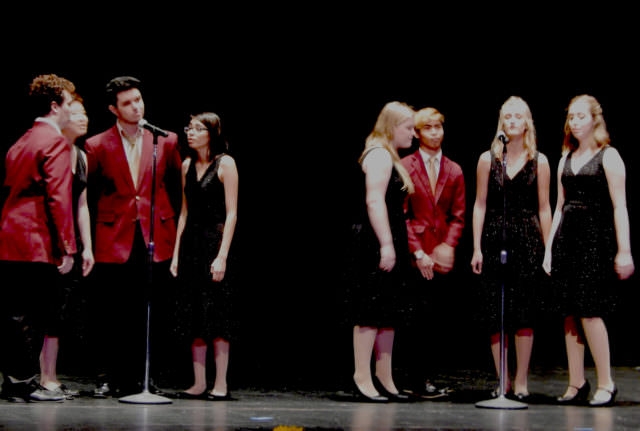 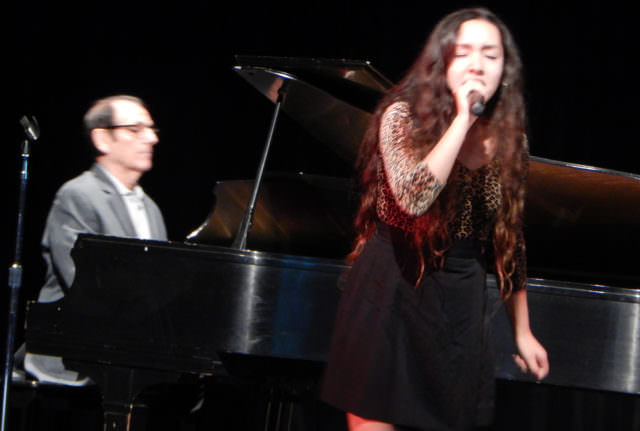 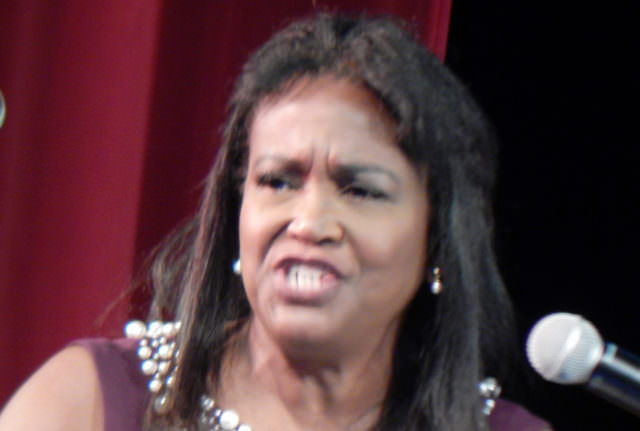 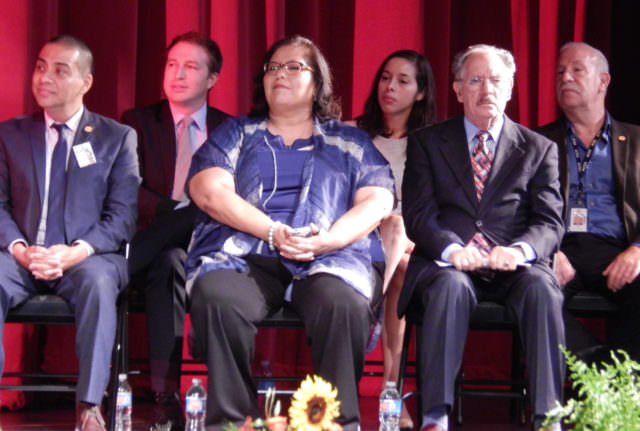 School board members look on 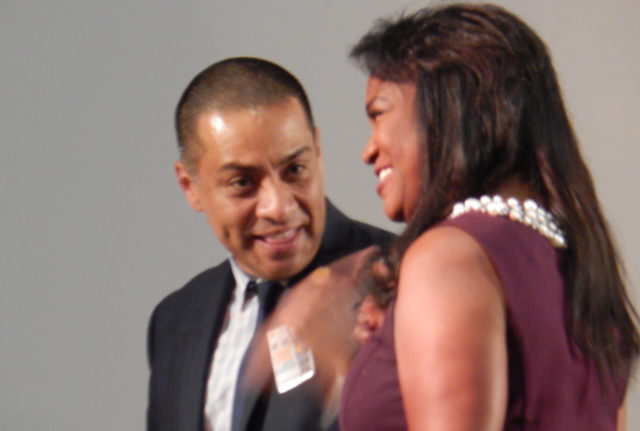 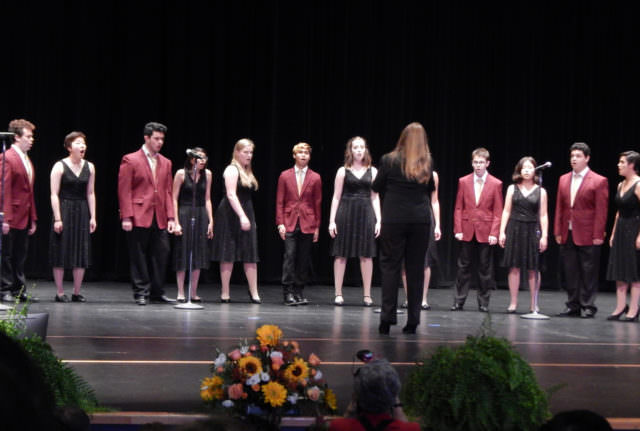 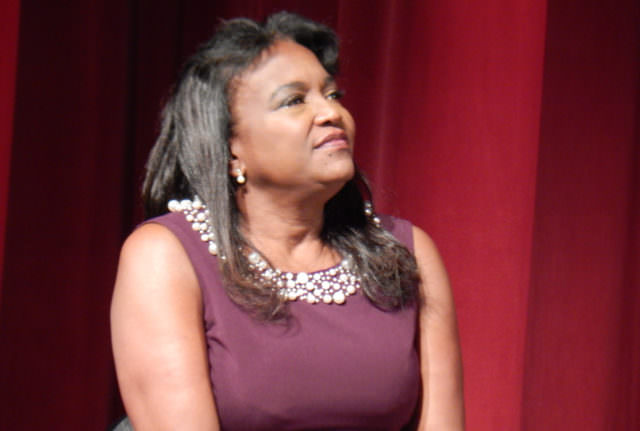 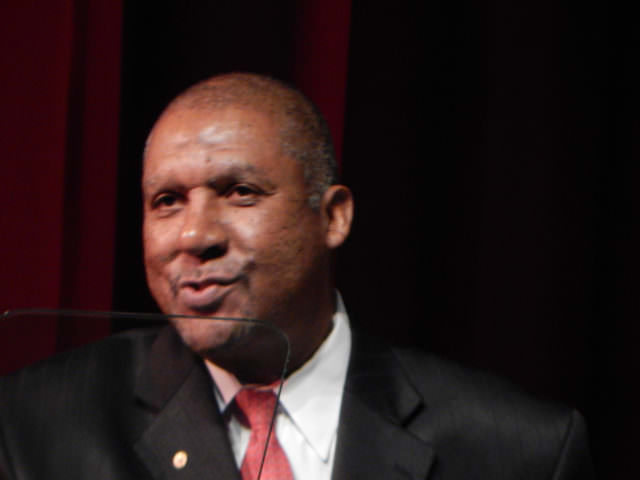 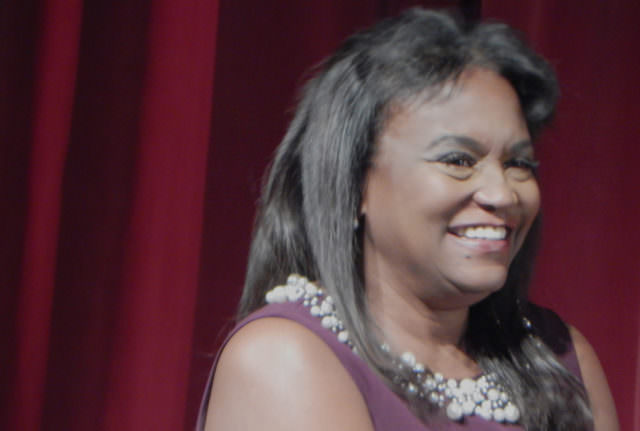 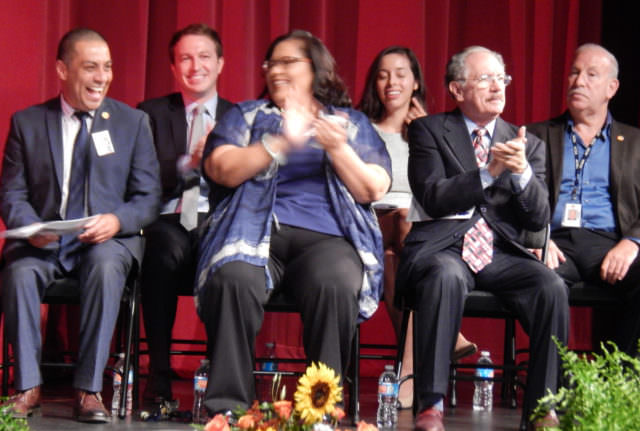 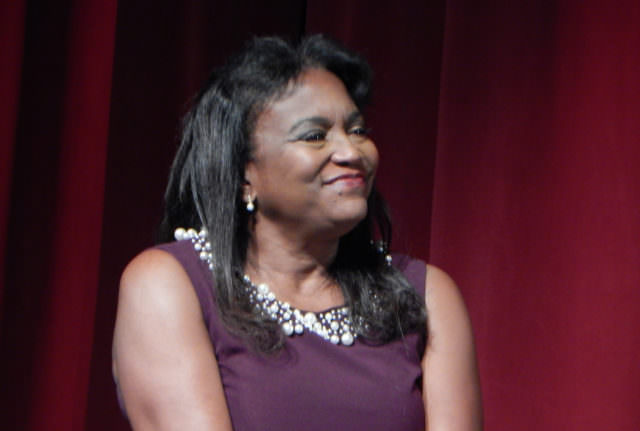 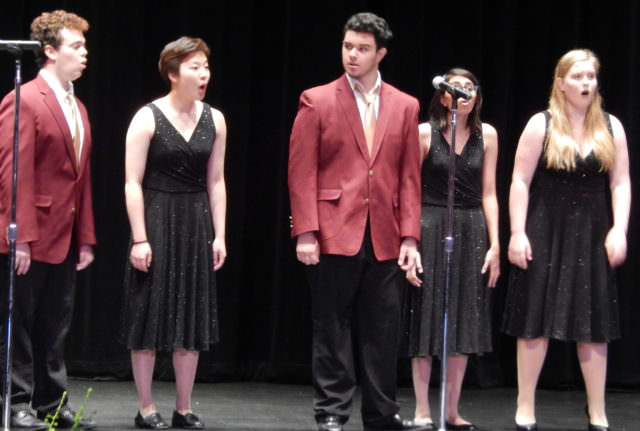 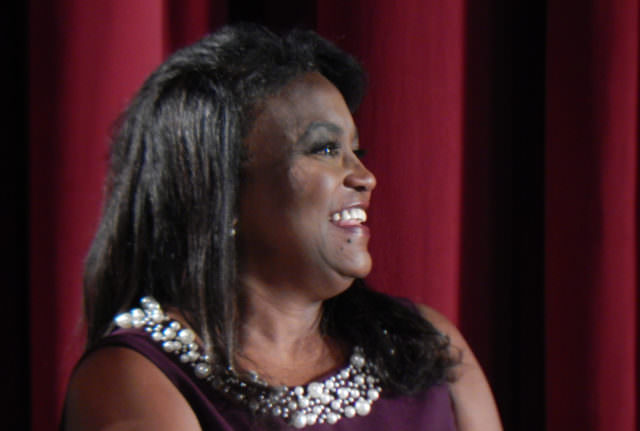 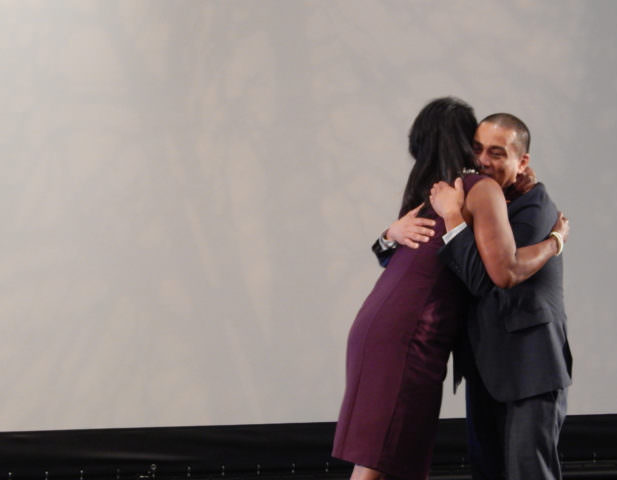 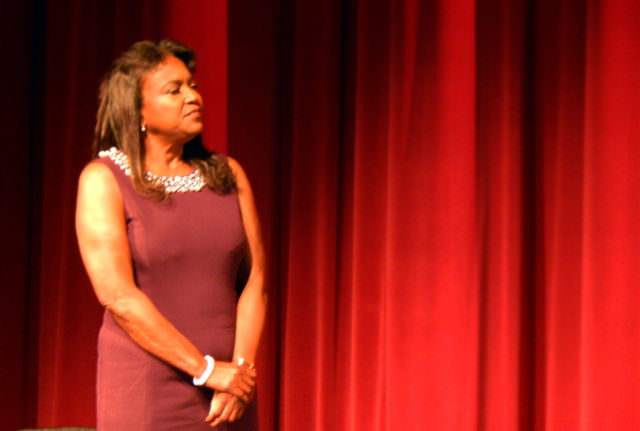 Some of the accomplishments King highlighted included:

King also talked about continuing to personalize instruction for children and preparing students for jobs that don’t yet exist, such as the high-speed hyperloop train being proposed in California that involves magnetic levitation and a low-pressure transit tube.

She said underperforming schools will be supported with additional hours of help for teachers and priority staffing.

“We never ever give up on our students,” King said.

The superintendent told a story about a homeless student she called Brenda who lived at four different homeless shelters, traveled two hours to go to school, and this year was able to realize her dream of getting a high school diploma. She also talked about Pedro, who was exposed to gang violence and in and out of the juvenile justice system. He was able to graduate from high school and is on his way to becoming the first college graduate in his family. He wants to be a gang-reduction youth counselor.

King said she was reminded of district successes when she returned to her own Century Park Elementary School where she said she “once sat at the desk and wondered what I would become one day. And now, we have the power to realize their dreams and must nurture those dreams.”

On the screen behind her were childhood pictures of past LA Unified graduates and photos of them now, including Broadway costume designer Willa Kim, award-winning broadcast journalist Linda Alvarez, and rocket scientist Olympia LePoint.

The student who recited the Pledge of Allegiance, Yvette Fuentes, a fifth-grader from San Pascual STEAM Magnet in Highland Park, said, “I want to grow up to be a role model just like Michelle King and be a woman in charge.”

After her speech and receiving a hug from new board President Ref Rodriguez, King took a moment to catch her breath and reflect on how this differed from last year’s speech.

“Well, last year, we were a district ‘On the Move’ and this year we are ‘Reaching New Heights’ and building on that,” King said in an interview after her speech. “I felt a great sense of unity and community here today.”

Did she feel less nervous about the upcoming year this time than last year?

All school board members except Richard Vladovic attended.

Just then, new board member Nick Melvoin offered King a hug and congratulations on her speech, and veteran board member Mónica García shouted a hello to her with a thumbs-up sign.

“I think she offered a positive message and there will be some changes since the election, and there will be things that we can all be unanimous on,” said Melvoin, who unseated board President Steve Zimmer, who had worked closely with King when she took over as superintendent.

“It will not all be 4-3 votes,” Melvoin said, referring to the pro-reform majority of the new board. “We can work on immigration issues, parent involvement, more federal money, all sorts of issues that we can all agree on.”

All the board members were in attendance except Richard Vladovic, who out off the country on vacation and will be back when the board reconvenes on Aug. 22.

Students from the Beyond the Bell All City Mariachi Band, the Monroe High School Police Academy school honor guard, the Van Nuys High school Vannaires, and Angela Munoz from Cortines High School all performed during the presentation, which was broadcast on KLCS-TV.

“This is was an act of unconditional love, and it is great to be part of the LA Unified family,” said the district’s arts director, Rory Pullens, who hosted the event.

“It’s going to be an exciting school year, I’m looking forward to it,” board member George McKenna said at the event’s close.