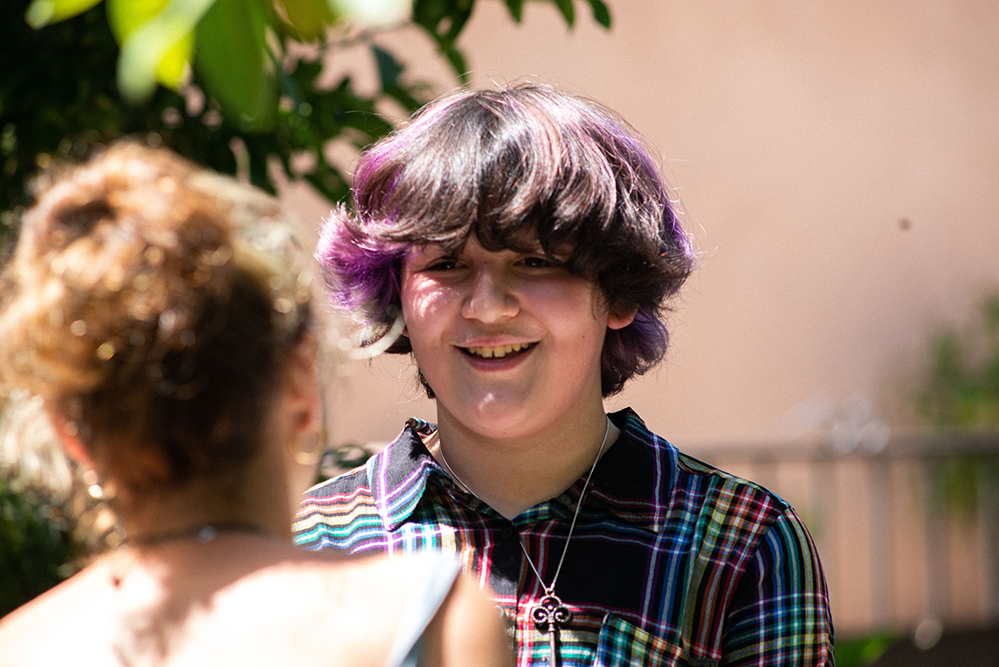 Cloud Mejia outside of their home in South Gate

Cloud Mejia, 13, who goes by they/them pronouns, said that they couldn’t even keep track of how many days of middle school they missed last year.

“I rarely got myself to go,” Cloud said. “It’s not that I didn’t want to go to school, I just don’t feel welcome there a lot of the time. It’s a hard place to be … I woke up with so much anxiety most mornings last year.”

Cloud, who identifies as transgender, said they were often bullied in sixth grade at their L.A. district school. They switched schools right before the pandemic.

“Once I got to my new school, the pandemic hit and then I just had a really hard time making friends and feeling OK at school,” Cloud said.

Cloud’s mom, Aimee, said Cloud needs more mental health support at school; and that she has sometimes tried to volunteer at school to support Cloud, but she can’t be there all the time.

What the school really needs, she said, is more “clubs, counselors and … people students can rely on.” Cloud said more LGBTQ+ clubs would make them feel like they are “part of something” at school.

Cloud is just one of 200,000 LAUSD students who were chronically absent last year, missing 10% or more of the school year. 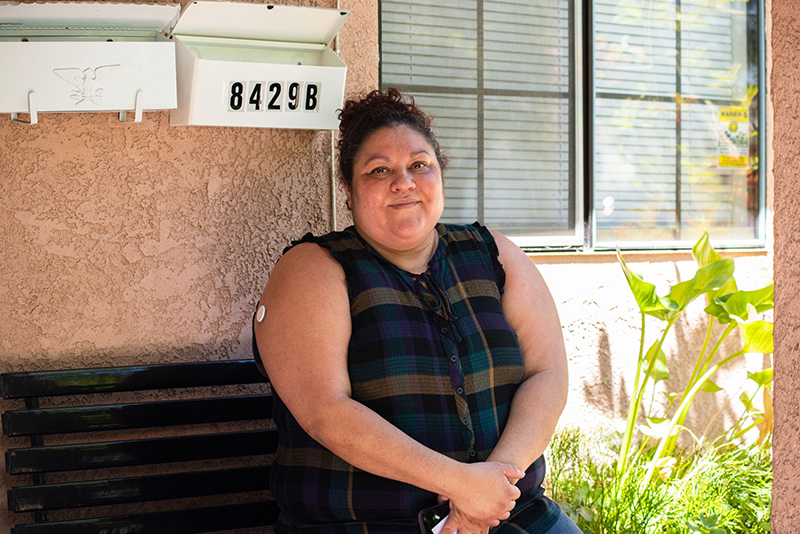 LAUSD Superintendent Alberto Carvalho made home visits to Cloud and four other students’ families earlier this month as part of the district’s efforts ahead of the 2022-23 school year, hoping to get chronically absent kids back into the classroom.

“We cannot have the same situation as last year,” Carvalho said at a press conference before the visits. “We need to understand why students are missing so much school and help them feel supported by our system.”

Carvalho has also identified what he describes as “lost children of Los Angeles” – those who are either not enrolled in school at all and some who have simply stopped attending. He has said those children account for some of the ten to twenty thousand students he said were missing from school rosters this year.

LAUSD has faced vast declining enrollment for years, exacerbated by the pandemic, a potential financial issue since the district’s funding is based on enrollment.

Carvalho said that there will likely be long term academic consequences to the “supremely high” levels of chronic absenteeism plaguing the district. “The district will also likely see significant decline in academic performance” including on California’s statewide standardized tests because students have not been coming to class, he said.

District officials face a daunting task getting all of these children to return to school.

On the first day of this school year, more than 60,000 students were missing. Still, the 89% attendance rate was an improvement over last September’s rate of 77% on day one. 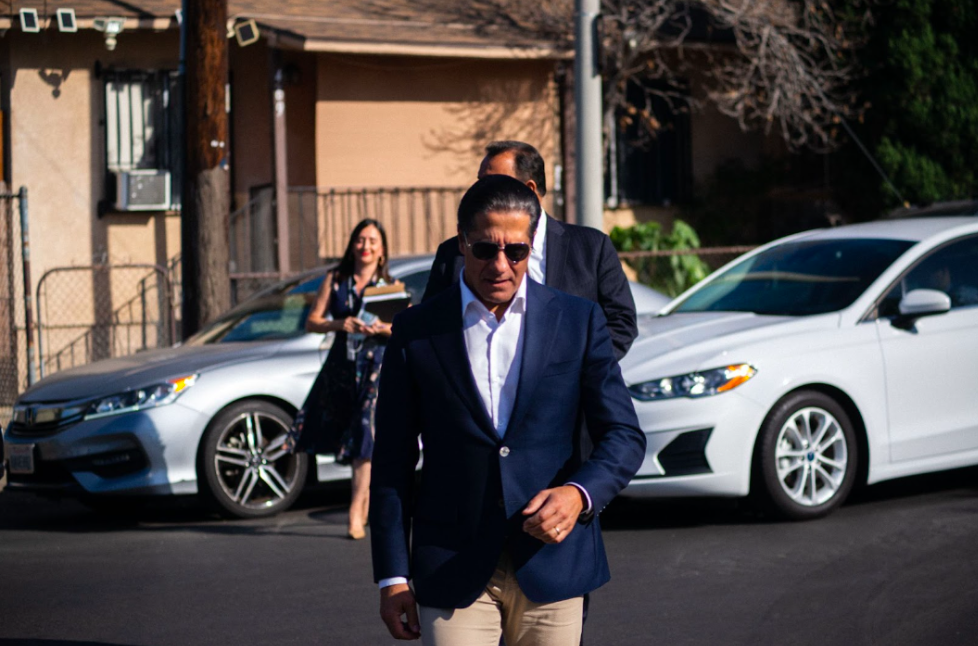 Carvalho walking to his first home visit in Boyle heights

In addition to Carvalho, 600 LAUSD staffers were deployed around East L.A. to knock on the doors of chronically absent students, with the hope of reaching over 1,000 families that day.

Carvalho invited reporters to join him on his visits to five students’ homes in Boyle Heights and South Gate – two low-income neighborhoods in L.A. County. AT&T also came to the homes to set up free wifi for district families and give the students new computers. 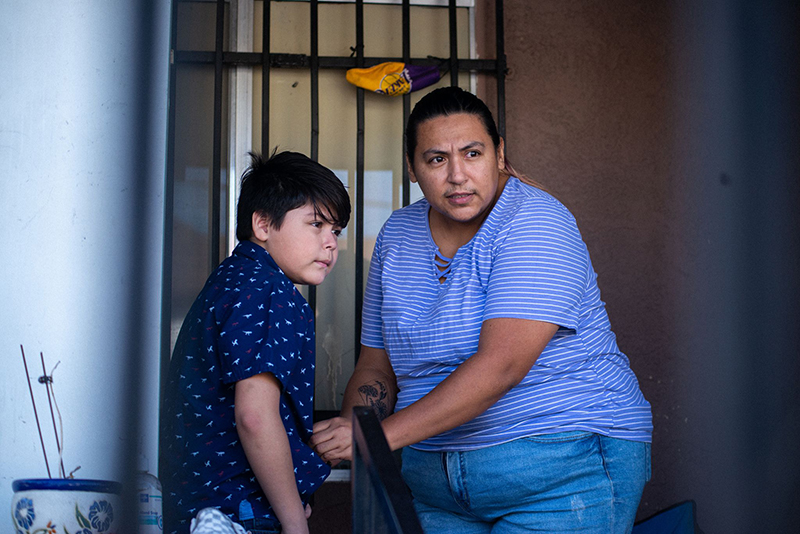 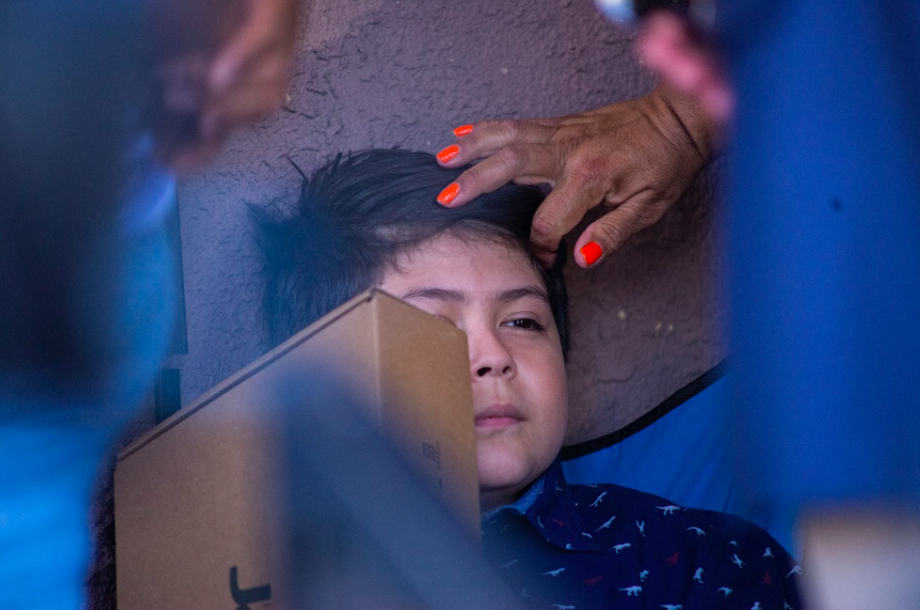 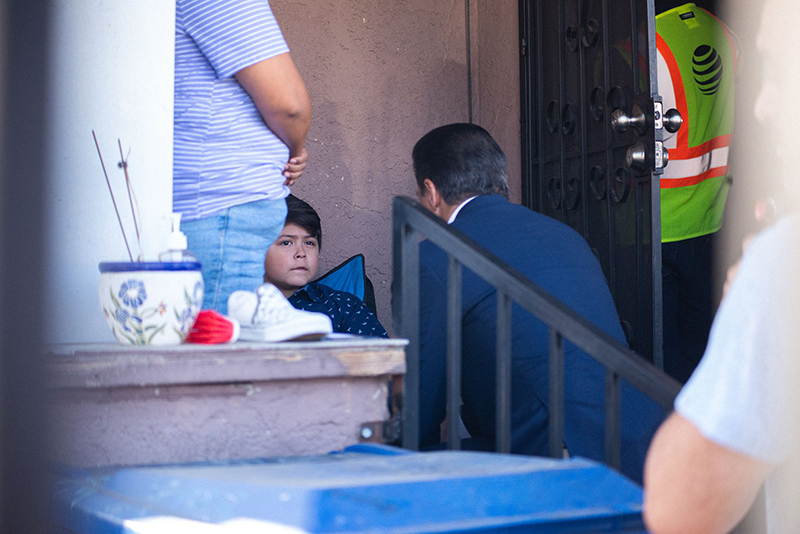 Carvalho at his second home visit in Boyle Heights. Above, the student and his mother. 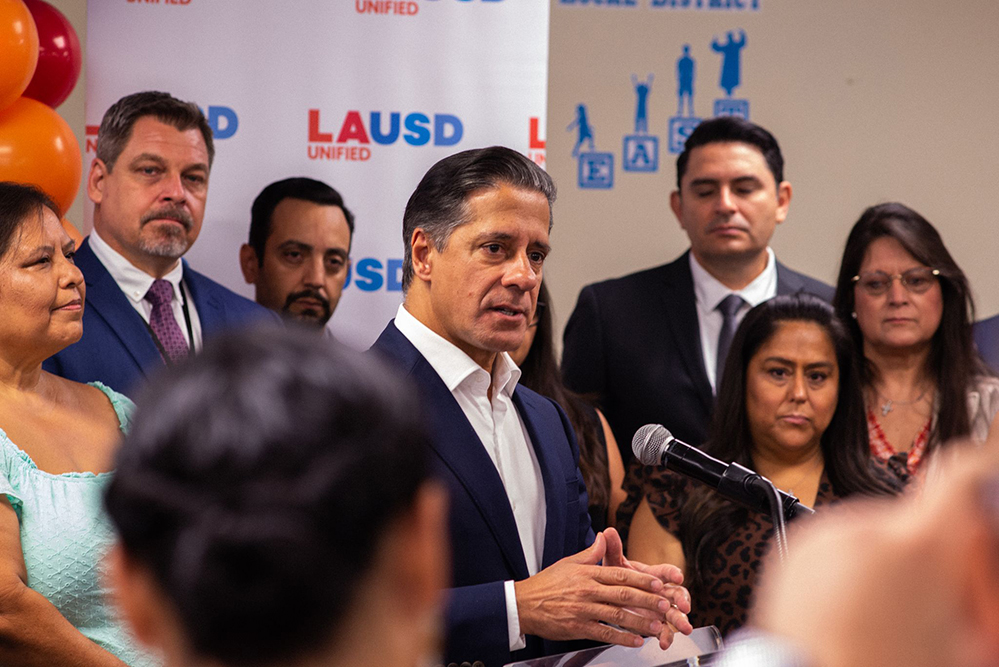 Carvalho speaking at a press conference before visiting students

Yordi Luna, 15, told Carvalho he missed nearly 50 days of class during his freshman year of high school at Garfield High in East LA in the 2021-22 school year.

Yordi said he got used to remote learning and it was hard to motivate himself to get up and go back to school once in-person learning resumed in August 2021. “I got used to my schedule at home. Sometimes I felt down or tired or overwhelmed and I just couldn’t bring myself to go into school,” he said. 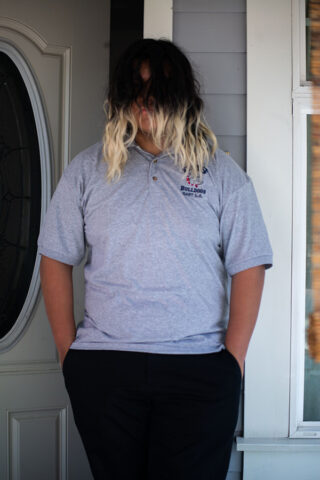 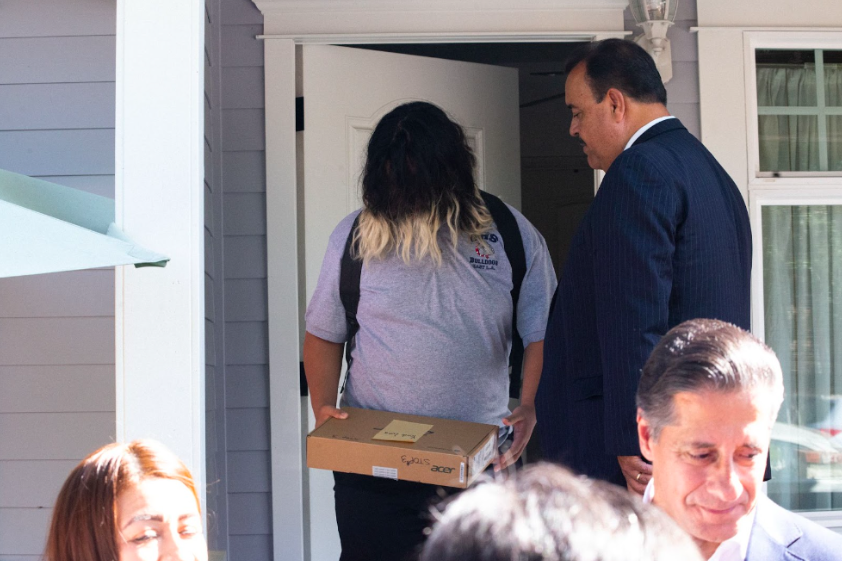 His mom, Leydi, a single mother of two who works full-time, said things got “extremely tough” during the pandemic. She had to take on extra shifts early in the morning to make ends meet and couldn’t always make sure her son got to school.

“I knew he needed extra support from the school last year because I didn’t always have the capacity to bring him to school and make sure he was doing what he needed to do while I was working,” she said.

With all the days of high school he has missed Yordi said he hasn’t thought about college as a potential option. He promised Carvalho he would try to consistently show up this year.

Yordi said he likes seeing his friends at school; that he loves science and football and wishes there were more campus activities to look forward to and motivate him to be there. 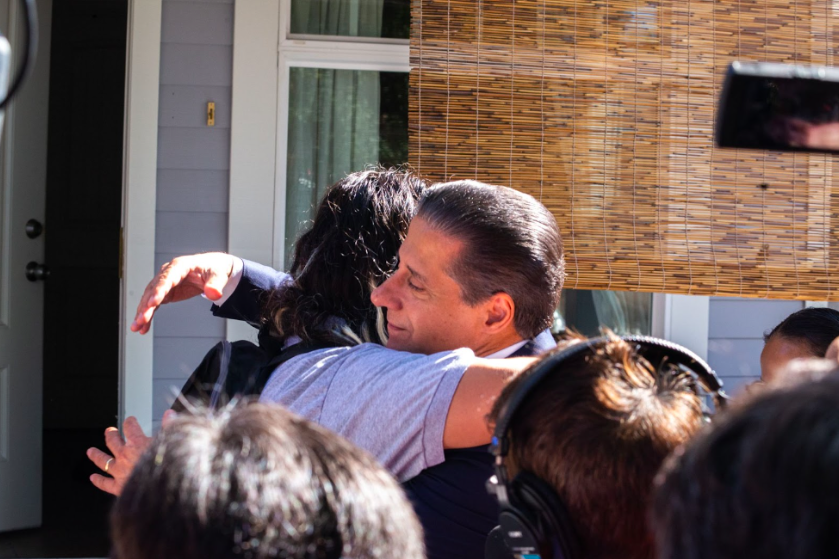 Carvalho embracing Yordi Luna outside of his home

Carvalho said many times that day the visits were “not just symbolic” and were not a “one and done” but something he and his staff would continue to do throughout the 2022-23 school year once they spotted patterns of absenteeism.

On his visits, Carvalho stopped to talk to students walking through Boyle Heights and asked them what they were excited about for their first day of school and what they needed to feel motivated to come to school every day. 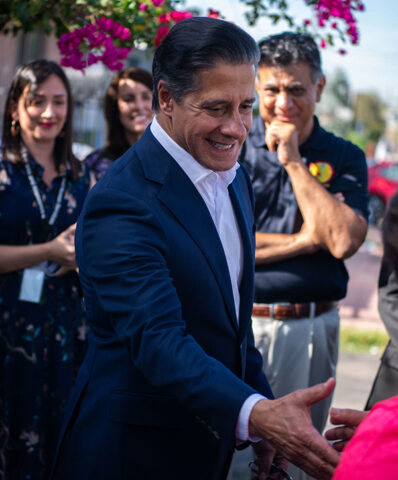 “We can’t leave these kids hanging,” Carvalho said. “We need all of the school staff support we can get to make sure students are consistently in the classroom this school year.”

All photos by Morgan Dwyer for LA School Report