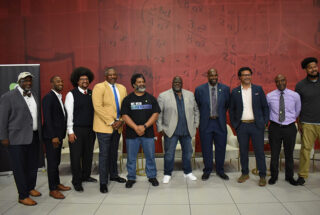 It has been 30 years, but Robert Whitman still remembers the impact his high school teacher and football coach had on him, sparking his interest in education as a career.

At a school with few Black students or faculty, Whitman saw himself reflected through educator Rhodes Williams —who served as a mentor in Whitman’s academic and personal development. Through Williams’s persistent support, Whitman gained a full-ride scholarship to play football at San Diego State University.

The pair remain in contact as Whitman — now instructional leader of the Fremont Community Schools — continues to ask for guidance from Williams.

“He was very intentional about pulling me, and a few of my friends at the time aside, guiding us, mentoring us, and pumping into us positivity. His influence has evolved and had an impact on why I became a teacher and why I do what I do today,” said Whitman, speaking at a panel discussion at Fremont High School organized earlier this fall by the College Football Player Foundation.

Whitman and other panelists highlighted the unique role Black male educators play and the importance of recruitment and retention.

Across the country, Black male educators make up just 2% of teachers. In the Los Angeles Unified school district, just 8.3% of teachers are Black compared to 30.6% White and 46% Latino teachers, according to the district’s data.

Uric Lamb, a Black 11th grader at Fremont High School said Black teachers are always there for him. “They are really determined to see Black kids succeed in life. They are so cool that they would always have tutoring to help kids get their grades up. They will always be on you to do the right thing.”

Panelists shared their thoughts and observations on the importance of Black educators: 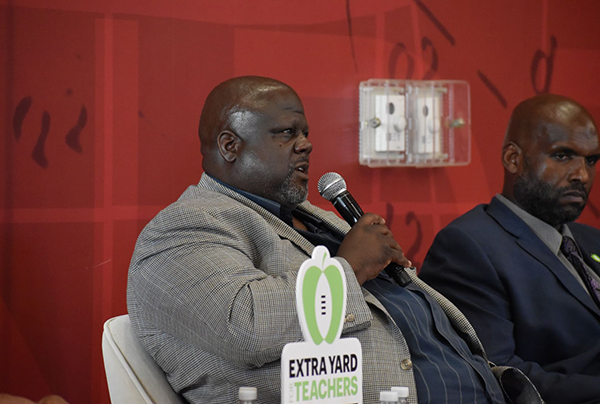 Hamilton High School teacher Kenneth Turner, who also advises the Black student union — one of the biggest in the nation, with 400 members — talked about what motivated him to transition from being a teacher’s assistant to a full-time teacher during the 1992 riots:

“I saw that this was no longer something that I just did, but something that I had to do. It became a mission at that point to be more connected with kids at a deeper level, and have much more to offer in terms of my college education.” 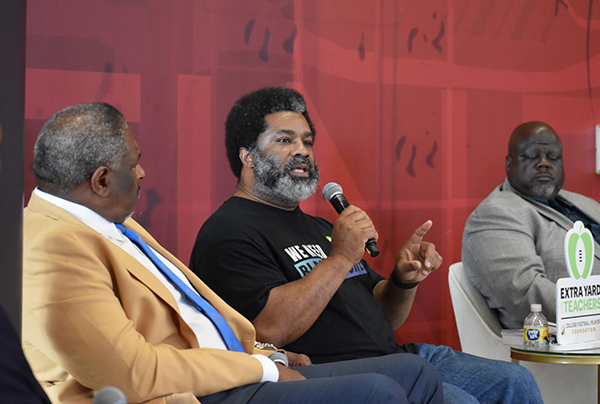 Sherif El-Mekki, the founder of the Center for Black Educator Development, hosts a fellowship for high school students to explore education as a career path:

While attending the Black Male Educators for Social Justice fellowship, El-Mekki said he and his classmates were not being encouraged to pursue teaching as often as white educator colleagues.

“We found that to be strange, no one had been recruited, tapped on the shoulder, had a conversation with, and we said, ‘well let’s ask our colleagues,’… Most of our colleagues were white women. The average response from our colleagues in third grade was when they remembered someone inviting them to the profession. So third grade for one group, post-grad for another group. You couple all of this together and this is why we have less than 2% of our public school teachers being Black (men).” 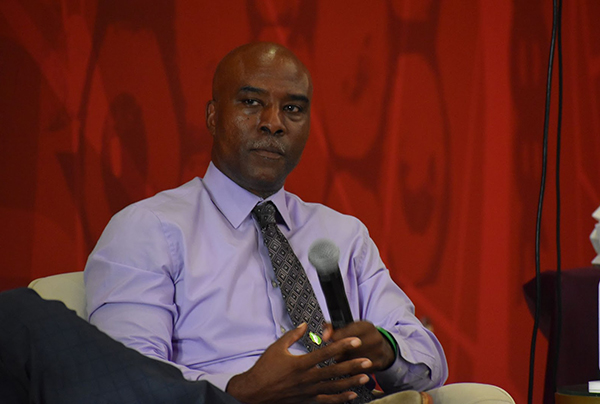 Irvin Davis, veteran social studies teacher, and coach at Dorsey High School, works to ensure Black history is accurately represented. His carefully crafted lesson plans over the past decades have been covered by the LA Times. Davis talked about how to incentivize Black students to explore educational career paths from a young age:

“Identifying people early who want to be educators, the conversation needs to start in kindergarten, it needs to start in first grade, second grade … If you plant … an apple seed, it grows to be an apple tree. So by having the conversation with the young people about wanting to be educators early … when they get there they’ll be like “this is what I’ve wanted to do my whole life,” and then they will have more of an aptitude to stay in the profession.” 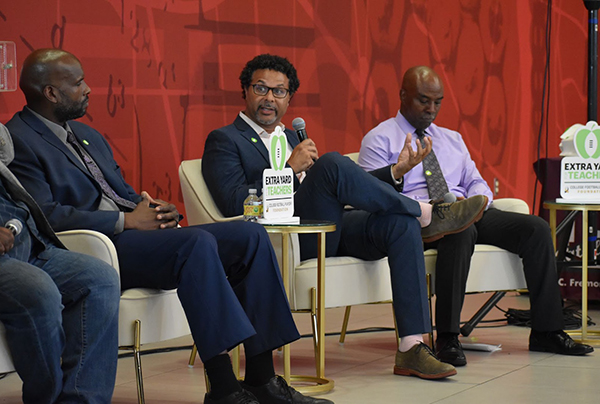 “California is the fifth largest feeder into HBCUs in the nation. We need to develop a ‘grow your own pipeline” that really takes advantage of these folks because 50% of Black teachers in America are trained at an HBCU … A Stanford study found out “that students from HBCUs teachers have increased their achievement levels of their students by 5-8% compared to non-HBCUs teachers.”

“They do an effective job at that,” said Whitman, “so that is helping to build that identity for Black educators who want to go into the field of education.”

This article is part of a collaboration between The 74 and the USC Annenberg School for Communication and Journalism.

Sara Balanta is an undergraduate student at the USC Annenberg School for Communication and Journalism pursuing a Bachelor’s degree in Journalism. She is a 2022 Dragon Kim Foundation Fellow where she hosts a project called “Teacher’s Aide +”, which conducts free renovations in schools to help brighten campus environments. Aside from writing her passions include youth activism, media culture and music.