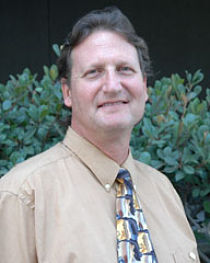 On Monday, Mayoral candidate Wendy Greuel gained the endorsement of the powerful LA County Federation of Labor — an umbrella group of county unions. Greuel is supported by nearly every large union in the city (with the exception of UTLA).

But, intriguingly, it was a member of the UTLA leadership, Gregg Solkovits, who helped convince the County Fed to endorse Greuel, and not her rival Eric Garcetti — even though UTLA endorsed Garcetti several weeks ago.

According to Gene Maddaus in the LA Weekly, Solkovits said that Garcetti “had immediately backtracked after receiving UTLA’s support, coming out in favor of the parent trigger law and other aspects of the education reform agenda” and told the assembled union leaders that “he would vote for Garcetti because his union had instructed him to, but that he wanted the rest of the Federation to be aware of Garcetti’s reversal.”

Did Solkovits go off-book? Was this an attempt by UTLA leadership to un-ring the Garcetti endorsement without having to go back to the unruly House of Representatives? Solkovits has not responded to a request for a comment.