What happens when an ‘all-of-government approach’ to preventing evictions leaves out schools: Advocates fault Biden plan for delays in rental assistance

Housing rights advocates gathered in Columbus, Ohio, June 30 to protest the end of the federal eviction moratorium. The ban was extended another month until the U.S. Supreme Court ended it. (Getty Images)

Most of the students at Monte Del Sol Charter School live along what is known as the Airport Road corridor in Sante Fe, New Mexico — a high-poverty, mostly immigrant community where “trailer parks hide behind fake adobe walls,” said Cate Moses, the school’s homeless liaison.

These are the families she had in mind last fall when she wrote the city council about parents who faced eviction due to pandemic-related job loss. “We now have close to 60 students who qualify as homeless under federal … law.,” she wrote. “As the pandemic drags on, their situation worsens.”

In response, the city signed her up as a “navigator” — a community member who connects residents to social services — and gave the school $20,000 from the Coronavirus Aid, Relief and Economic Security, or CARES, Act to help families pay overdue rent and utility bills. She spent six weeks filing paperwork and helped about 40 families stay in their homes. 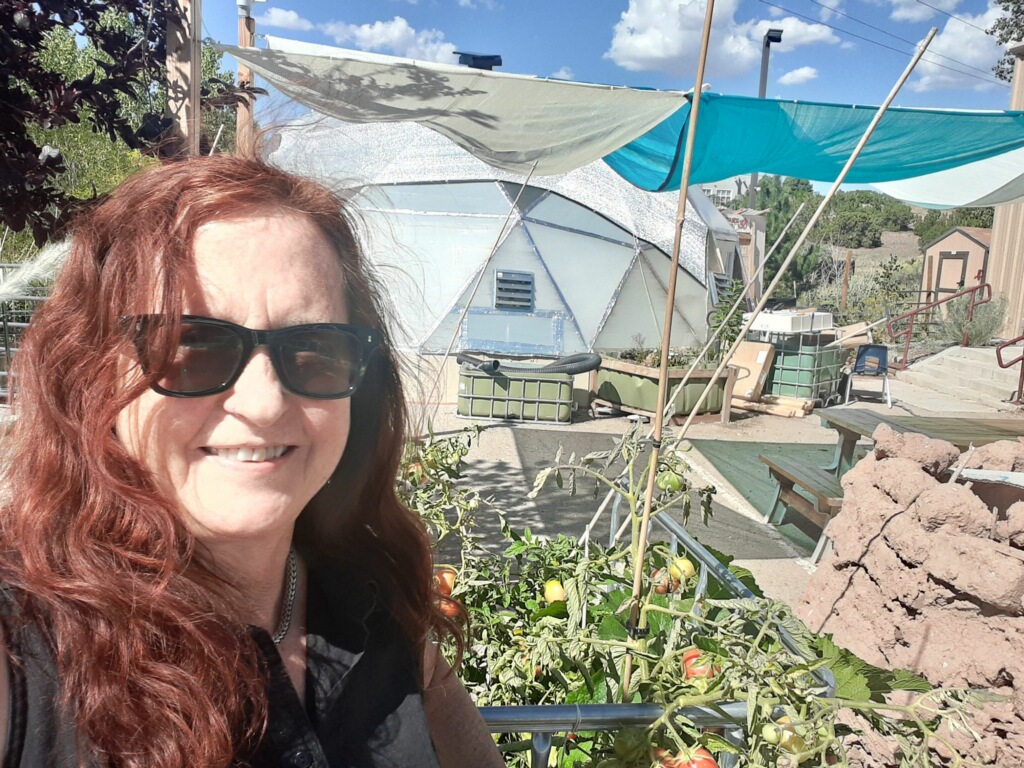 Financial arrangements like those at Monte Del Sol — between local governments and those who understand the housing needs of students — helped prevent eviction among thousands of families with school-aged children, according to experts on student homelessness. But after emerging under the CARES Act last year, they’ve mostly disappeared under the newer Emergency Rental Assistance program, run by the U.S. Department of the Treasury. Parents applying for assistance are now directed to centralized websites run by state and local governments.While liaisons like Moses can still show parents how to sign up for rent relief, they aren’t involved in distributing the funds, which can lead to bureaucratic obstacles. Experts say it now can take months instead of weeks to receive assistance.

“It is really striking that schools are left out of [the] Biden-Harris … response to the housing crisis, when they are best poised to get assistance to families,” said Barbara Duffield, executive director of SchoolHouse Connection, a national advocacy organization working to prevent student homelessness.

Duffield is advocating with the administration and members of Congress to get schools included as grantees eligible to distribute rental assistance funds. “For all the ‘re-imagining’ that is being done in the pandemic, this is a necessary change,” she said.

The tedious application process — requiring extensive documentation — is one reason why the bulk of the $46 billion in federal funds for rental assistance has gone unused. In late August, just as the U.S. Supreme Court was about to end a Biden administration ban on evictions, the White House announced an “all-of-government approach” to help Americans at risk of being evicted, but schools weren’t mentioned. The push to speed up assistance included efforts across multiple federal agencies, including agriculture, veterans affairs, health and human services, and housing and urban development — but not education.

A recent analysis of Census Bureau figures showed that almost a quarter of renters with children are behind on payments, and according to federal data, about 1.4 million students are homeless. Some districts have hired additional staff to help families navigate the online application process. Moses, for example, brought on a part-time employee to assist parents and help them gather the documents they need to prove they qualify.

But Duffield added, “It would be even better if the [rental] assistance weren’t so hard to navigate in the first place.”

Before the eviction ban ended, seven progressive Democrats in the House, including Jamaal Bowman of New York, Cori Bush of Missouri and Ilham Omar of Minnesota, wrote a letter to President Joe Biden and Education Secretary Miguel Cardona, asking them to prioritize students’ housing-related needs.

In a statement to The 74, Bowman said, public schools should be “allowed to take on a more deliberate role in administering the Emergency Rental Assistance Program.”

Efforts to prevent evictions and help families cover their housing costs began with the federal government’s early response to the pandemic. The CARES Act, passed in March 2020, included two streams of funding, under the Department of Housing and Urban Development, that states and local governments could tap for rent relief. Local authorities that had existing relationships with schools and nonprofits enlisted them in the effort to quickly distribute the funds — a strategy researchers found effective.

But when Congress designed the new program, Republicans and former President Donald Trump, who multiple times recommended cuts for affordable housing programs, gave control to the treasury department. The National Low Income Housing Coalition, an advocacy organization, pushed to keep the program where it was “given the agency’s deep expertise in housing and the unique needs of the lowest-income and most marginalized populations,” said President and CEO, Diane Yentel.

Now state and local finance departments are fielding applications and managing the newer treasury department program, which, Yentel said, “has led to unfortunate and unnecessary restrictions that have made it more difficult for tenants behind on rent to receive needed assistance.”

The treasury department did not respond to requests for comment.

Star-C, an Atlanta nonprofit that provides afterschool programs in apartments near low-performing schools, distributed $4.3 million last fall, helping 3,000 families with school-aged children and targeting efforts to schools ranked in the bottom third of the state’s accountability system. Cobb County, in the metro Atlanta area, still subcontracts with Star-C to distribute funds, but other counties have brought the process “in house,” said Margaret Stagmeier, the organization’s founder. “The [treasury] program is much more complex than our first … eviction relief fund, which allowed us to focus specifically on our edu-housing mission.”

On Sept. 14, the House financial services committee, chaired by Rep. Maxine Waters, D-Calif., advanced a bill that expands grantees to include nonprofits and courts, but not school districts.

Duffield said the treasury department missed an opportunity “to capitalize on the single best distribution system for reaching families. If schools can distribute food assistance, why not rental assistance?”

Bush, one of the House members who signed the letter to Biden and Cardona, drew national attention to families and children at risk of eviction in August when she and others slept for five days on the U.S. Capitol steps, in protest of Congress allowing the eviction moratorium to expire. 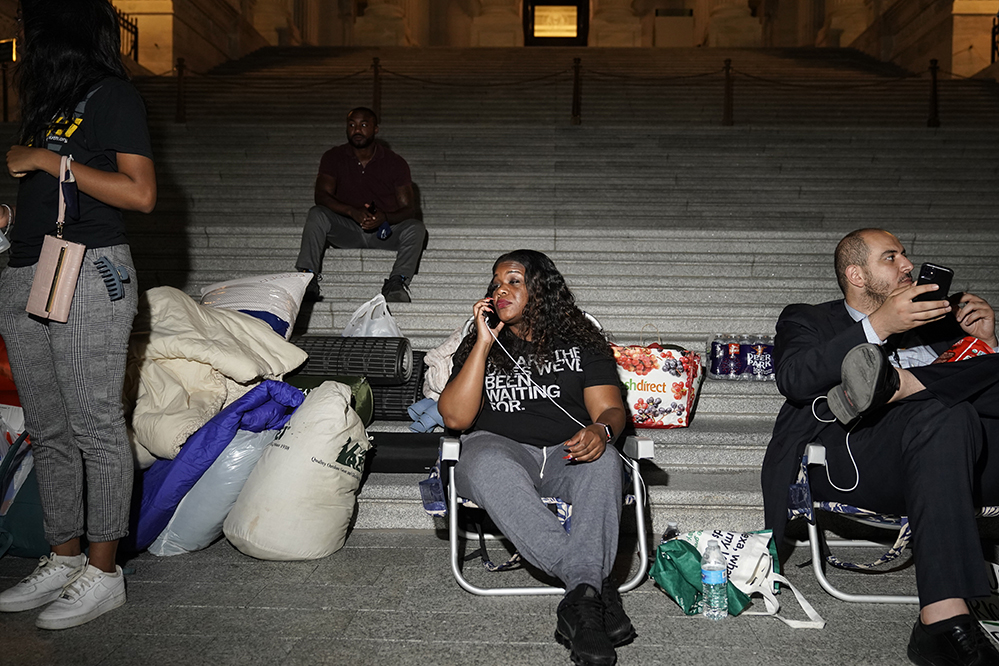 Marilee Hill-Anderson, director of community engagement for the Sumner-Bonney Lake School District, near Tacoma, Washington, was among those who joined the demonstration.

In Pierce County, where the district is located, the rental assistance website tells applicants the turnaround time on funds could be as long as 88 days. But last fall, under the CARES Act model, Hill-Anderson worked with Sumner city officials to distribute checks within a two-week period. In all, the district helped families pay rent and utilities totalling $34,000.

“Sometimes it’s who you know and who you have relationships with,” said Hill-Anderson. “We are incredibly grateful for the federal money. But given the fact that we’ve been able to do things more flexibly because of political will, I think there are some other models we can use.”