Pamela Anderson speaks at the school board.

Sometimes staying late at the LA Unified school board meetings has its benefits. Particularly when quirky things happen in only-in-LA moments.

About 8:45 p.m. Tuesday late into the meeting, most of the audience members had cleared out of the school board auditorium and the 200 or so protesters outside were gone. There were almost as many people up on the horseshoe dais as there were watching.

Board President Steve Zimmer kidded about seeming a bit loopy because his cold medicine was kicking in. Then, the school police officers stirred, the board members stopped talking and a blur of diverse people marched down the aisle of the auditorium.

Up front was blonde bombshell Pamela Anderson, looking as stunning as she did in her “Baywatch” days two decades ago. In a tight black top and flowered skirt, she brushed back her characteristic blonde locks and prepared herself to address the school board for the first time.

In the pressroom watching on closed-circuit TV, reporters were surprised and snickering about why she was there. The LA Unified communications team didn’t have any idea.

Along with the actress, there were TV journalist Jane Velez-Mitchell and 9-year-old actress Felix Hemstreet, as well as a triathlete, a cardiologist, a best-selling author, a dietician, a doctor of 40 years and Torre Washington, who bills himself as “a professional vegan bodybuilder.”

The circus of presenters was inspired by 14-year-old Lila Copeland from Paul Revere Middle School who wants to have a regular vegan option on the menu in the nation’s second-largest school district. It appeared she had an impact on the board, and she had already met with Laura Benavidez, of the district’s Food Services division, who seemed open to the idea.

“This school district is at the forefront of offering good nutritious food for the students, so we just want them to be aware of allowing vegan options for the students too and helping us have a healthy future for this planet,” Copeland said. “We want the district to provide a vegan option.” 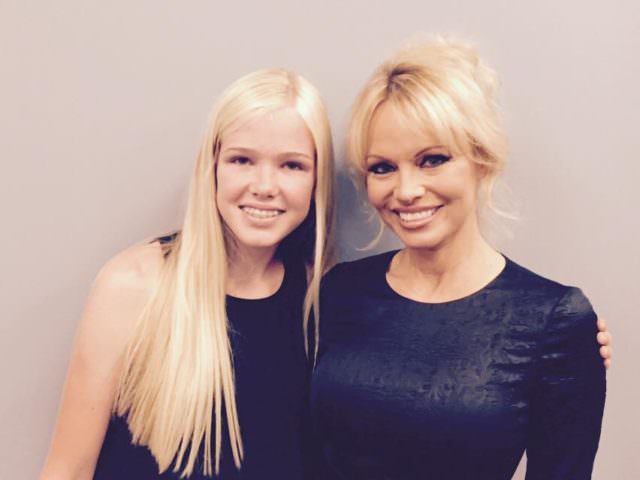 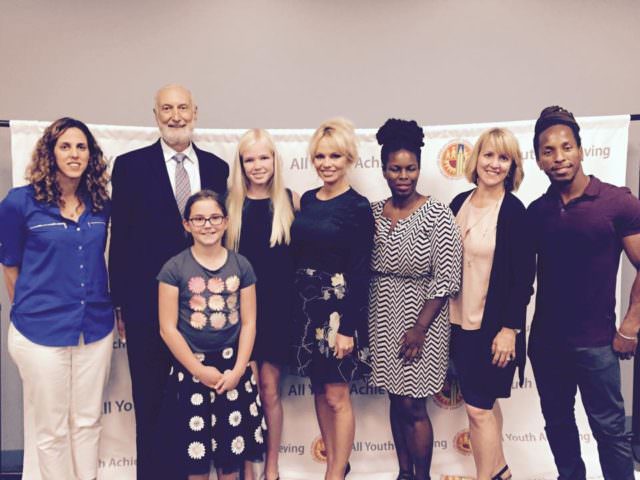 The speakers who came to the LA School Board 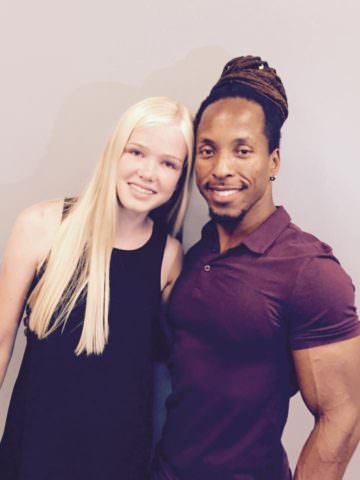 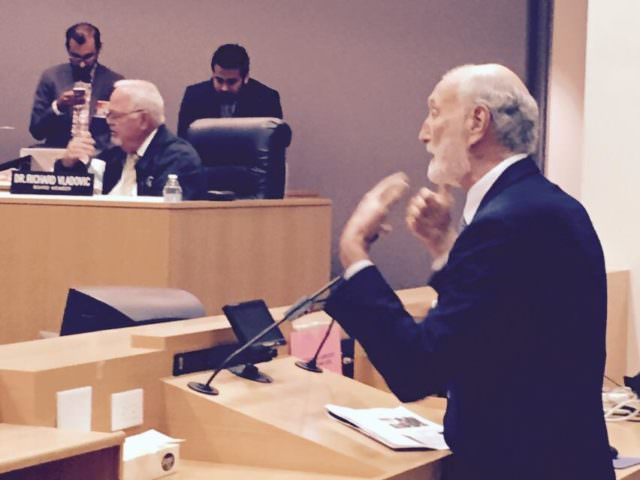 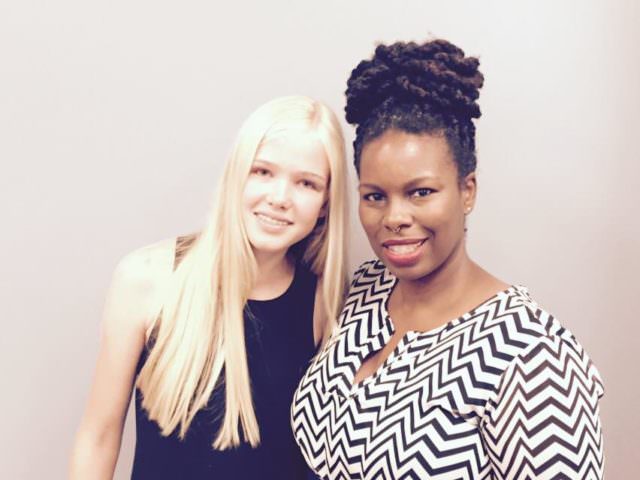 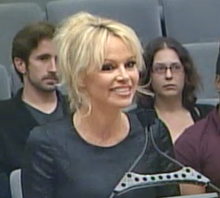 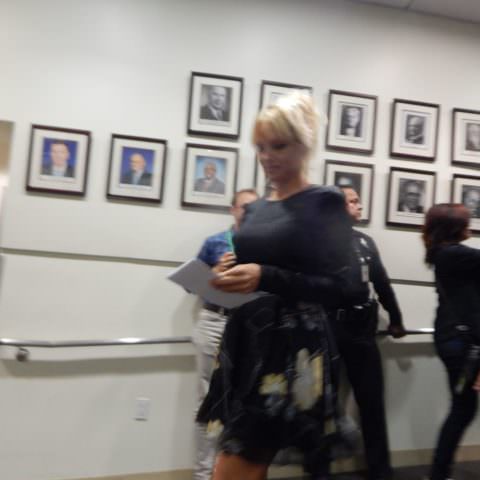 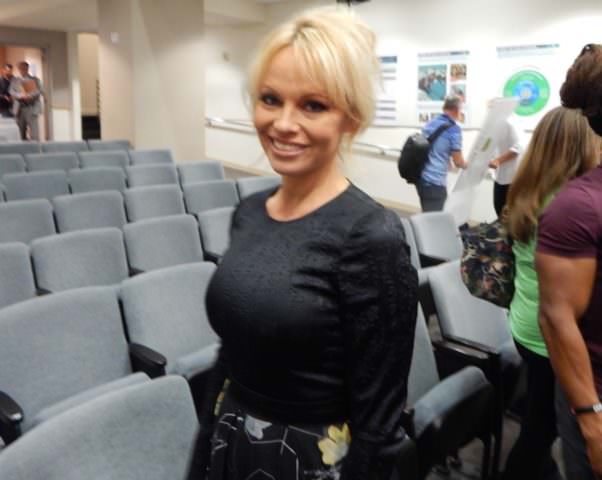 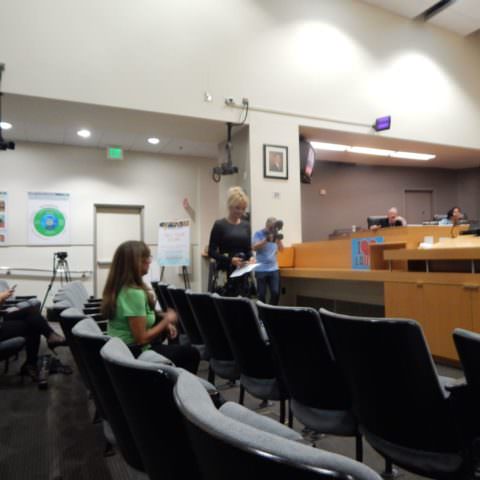 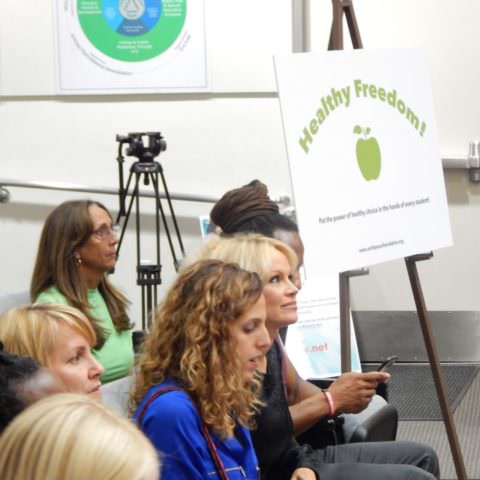 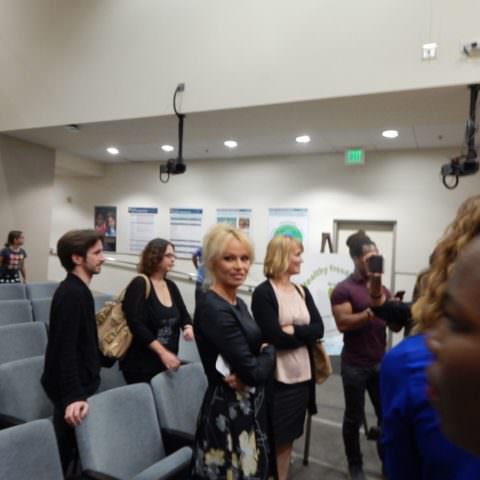 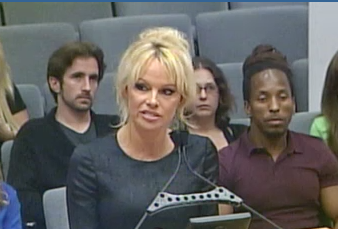 The experts spewed statistics and anecdotes. They brought up methane caused by cows, the drought, global warming, childhood obesity and ethical reasons for being vegan. They talked about how eating meat can cause heart disease and strokes, they detailed the outmoded federal nutritional standards and brought in packets of vegan meal samples for each of the seven school board members prepared by plant-based protein company Gardein’s chef Jason Stefanko.

Anderson spoke for two minutes about milk and water and the United Nations. She said, “Kids today are appalled to learn that animals killed for cheeseburgers and chicken nuggets live in crowded dark filthy sheds by the thousands and are mutilated and slaughtered by having their throats slit while they’re still conscious.”

Lila met this week with Zimmer and fellow school board member Ref Rodriguez as well as with the food services officials. The district already has a “Meatless Mondays” program and has taken the lead in requiring antibiotic and hormone-free chicken and turkey and is considering inexpensive low-fat options created by student chefs. On the other hand, the most animated part of a school board meeting two weeks ago centered on bringing back chocolate milk.

“I’m impressed with what I’ve been told, but maybe I’m too old to change, maybe I’m not,” said 75-year-old board member George McKenna. “I’ve learned that everything I eat and love is not supposed to be healthy.”

McKenna, who grew up in New Orleans, confessed his love for po’boys and beignets and said he just ate a ham sandwich. “I’m hooked on meat and ice cream.” But, he added, “I’m enlightened, and you make the case for healthy children. At least I’ll think about what I eat. Maybe you’ll change our behaviors, and maybe mine.”

Zimmer quipped to his fellow board member, “We’ll go out for a veggie burger soon.”

It didn’t go unnoticed to the school board that young Lila brought together a virtual Who’s Who of vegan experts, including vegan cardiologist Dr. Kim Williams, Dr. Michael Klaper, Kawani Brown, Dr. Heather Shenkman, Sharon Palmer and others.

Of course, Anderson was a highlight, and although there wasn’t much of an audience, the school board meeting will be rebroadcast on Sunday morning at KLCS Television Channel 58 in between children’s shows such as “Dora the Explorer.” This time around, the show will feature an appearance by Pamela Anderson, and also a rant of a student earlier during Tuesday’s public comments that had a great deal of four-letter words while he described creating his own barber shop. Anderson’s talk is toward the end of the broadcast (at the 5:08:48 mark), which is now available on the LA Unified website.

“I’ve learned so much from these people,” Anderson told LA School Report. “These are the experts. This is my first time to speak to the LA school board, and I think it’s so important to teach children to be vegan.”

Anderson’s children went to schools in the Malibu school district, and she said she allowed her children to make their own choices. “As a mother, we are always trying to raise healthy kids, and this is one of the serious environmental problems. I’m here as a mom.”

Velez-Mitchell said she came as a journalist but felt she had to speak out about some of the food served at the district. “The food that is served in this school district causes cancer. Give them an option to choose foods that will not cause them cancer.”

Ultimately, the team offered to talk to any of the school board members. Zimmer quickly said, “I’m always happy to talk. And thank you for the samples, they were really good.”

The next step is to get a resolution from the school board, and Lila thinks that will happen.

Lila concluded: “No animal wants to die to become our food.”